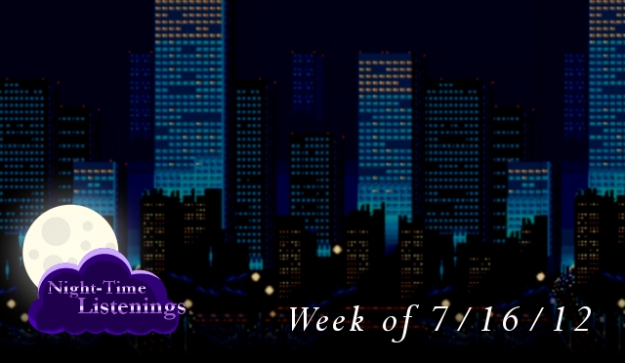 This week we went back to the 90s again. This time we covered music that was inspired by what was playing on the airwaves at the time. The streets were cleaned with Street of Rage. Then we jammed to the music of Sonic The Hedgehog 3. We played hard with Killer Instinct 2/Gold. We prowled the urban jungle in Street Fighter III. And finally, we rocked out to Maximum Carnage.

Streets of Rage – Round 1
Composed by Yuzo Koshiro

So first up, we got Round 1 from Street Of Rage. It made excellent use of the the FM chip inside the Genesis and was most definitely inspired by the hip-hop movement of the 90s. Listen to that beat before it loops. Remind you of anything? That’s a sample of Pump Up The Jam by Technotronic, which hit the airwaves back in 1990. So, who’s day did you make in Streets of Rage?

Debate over whether or not Michael Jackson was involved in Sonic 3’s music could be debated to hell and back (or until SEGA comes forward about it), but make no mistake that when Sonic music was made, it looked to what was going on in music at the time, including Jackson’s music. With a bassline resembling Smooth Criminal, the music welcomed Sonic (and the player) into Ice Cap Zone as they dropped in and snowboarded down the slope. This would be the first snow level in a Sonic game, and it took some careful high-jumping to not fall into cold shallow grave. So, how happy were you when you finally made it to Ice Cap Zone?

The mid-late 90s saw an exponential rise in the Dance Music genre. With hits from Janet Jackson (among many others), Killer Instinct saw fit to include its own Dance inspired song. Orchid’s theme was in the same genre in the first game but was a little bit subdued, like it would be played in a smaller club. But KI2 would crank up the dance by 20%. So then, what character did you play as in the Killer Instinct games?

Some would say that this is not music to fight to. Well I say, screw them! This is my jam right here! Not so much a product of popular music at the time, moreso a product of what influenced Capcom in the late 90s. Jazzy NYC ‘99 is as the title suggests, inspired by jazz but with a good slice of hip-hop thrown in. You can sorta picture the more urban parts of NYC with this music, like The Bronx (this birthplace of Hip-hop), Brooklyn, and Harlem. There’s probably a good chance you grooved out to this song when you were in this stage, and it probably benefited you. Or, maybe it didn’t. What music did you find your groove out to?

I’ve been going all week and not once did I mention rock music in the 90s. Well don’t worry, I got that covered… with Maximum Carnage! Composed by rock band Green Jelly, the entire soundtrack to Maximum Carnage was inspired by many rock genres, including hard rock, punk, metal, and a little bit of grunge. The game played your ass like a piano and didn’t hesitate to make you pull your hair out, but at least you’d get some kick ass music to go along with it. Besides Spider Man and Venom being the stars of the show, other Marvel superheroes made cameo appearances. This also exposed me to heroes I never new about in the Marvel universe, like Cloak, Dagger, Deathlok, and of course Carnage. Which Marvel Superhero did you discover playing this game?