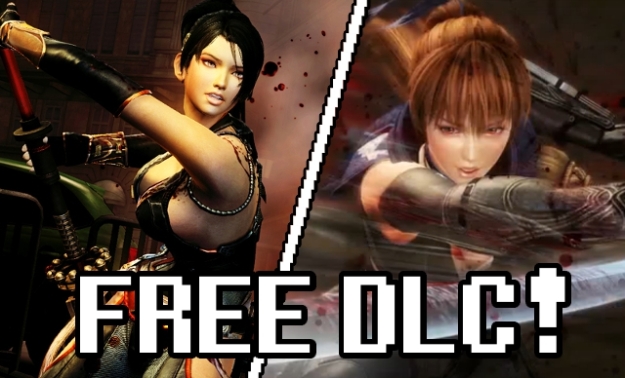 No, your eyes are not deceiving you. Yes, for free. In the U.S. Nintendo Direct video a couple of days ago, Ninja Gaiden 3: Razor’s Edge producer Yosuke Hayashi revealed that female ninja Momiji would become playable via a patch for the game. He states in the video, “If you can connect to the internet, you will be able to download her for free as part of a patch.” Seeming to almost start wrapping up his segment, he continues on with, “And that’s not all! Kasumi from the Dead of Alive series will also be a playable character in NG3:RE. She will be also available as a free update if you can connect online…”

I like seeing stuff like this. No word yet if they’ll be free forever or for a limited time. Either way, all you need is internet and you’re good to go. No cash required!