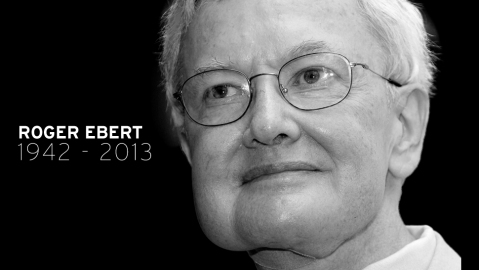 A life worth giving a thumbs-up to.

“So on this day of reflection I say again, thank you for going on this journey with me. I’ll see you at the movies.”

Roger Ebert, one of the men most responsible for the modern age of media review, passed away April 4th at the age of 70 after a long, hard-fought battle with Thyroid cancer. His death leaves a gaping hole in the world of reviewing of any kind, and he will be missed terribly.

Ebert was most known for the old “Siskel and Ebert At The Movies” reviews show, where he and fellow legendary movie critic Gene Siskel (who tragically passed in 1999) would review, discuss, occasionally debate and ultimately rate the movies of the moment. The “Thumbs up/Thumbs down” rating scale has become so iconic that…well, come on, how many times have YOU heard it?

Ebert was…a uniquely powerful voice in the world of reviewing. His method of analysis, beyond “Oh, this movie sucked” or “Oh, this movie was great” has informed the methods of reviewers for almost thirty years now. It was always as if Ebert perceived a challenge from the reader, in a way, one that constantly told him to PROVE his point to us. To surpass the above broad generalizations and instead say “I hated this movie, here’s WHY it blows” and “This was a great film, here’s why you need it in your life!” And his notorious fearlessness with expressing his opinion made his thoughts always worth reading. 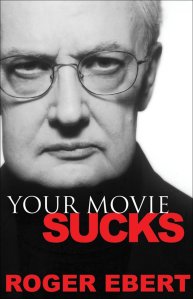 Yes, that’s actually his book’s title. As you may have guessed, he didn’t overly CARE for harshness…

So you may be asking yourself “Why does this concern YOU, Hachi? After all, isn’t he a jerk who talked shit about videogames? We should saying good riddance!” Now, first off, if you are saying that, shut up and drink some bleach or something. Secondly, yes, Ebert is notorious for his statements condemning games as not being art. But like in all things, he (eventually) provided an intelligent, well-structured argument for his opinion, standing firm on his points, but making it clear it was not a statement he made lightly or for the sake of drama or controversy.

But to me, he is more than that. I may not review them, but movies are a large part of my life. I enjoy a good flick, of any genre, as much as the next person, heck probably more so. And since I was a child, I’ve been agreeing, disagreeing, and arguing with (in my head) this man. I laughed at his brilliantly worded lancings, thrilled at the cleverness of his dissections. I even credit him with getting me into the world of “classic films”, which although the least of my major hobbies, still gave me my favorite director (Akira Kurosawa) and my favorite film, 1954’s Ikiru.

I, like most of my peers, DO believe that Ebert will, eventually, be on the wrong side of history in the “games as art” debate. But this does not reduce him in my eyes. Not one bit. As a nerd, a man of diverse, deep hobbies, and more importantly as a reviewer, I am driven by a need to express my opinion. To give word and form to a passion that burns in me in almost a dozen different categories. And with his method, Ebert gave me the blueprint through which to give language to my thoughts. My loves. And for that reason alone, for blazing the trail I now so happily trod, he will always have a place in the pantheon. One that won’t be forgotten as long as there are things in this world to love, hate or discuss.