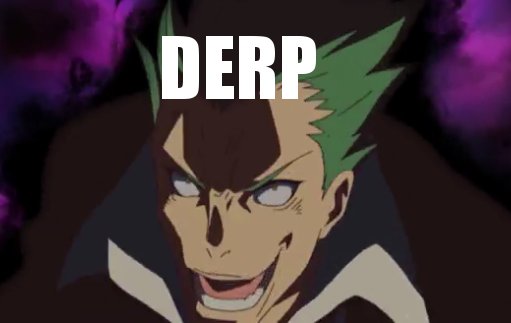 My day began in a sleepy stupor, being asked by my sister to accompany her to the Gateway Center Mall in The Bronx. At first I refused since I was tired. But when I became fully awake, I decided to go with her. So I’m thinking that maybe I should try to see if the Gamestop there would probably have Shin Megami Tensei: Digital Devil Saga. I’ve been searching quite a bit for that game. Yeah, I could get it online, but I still don’t have the means to buy stuff online (and by “means” I mean a method of instant payment via debit or PayPal). So I go to the Gamestop and look around. From the looks of things, the small Gamestop has an even smaller PS2 section, and nary an old used game in sight. While passing by the Wii section for the hell of it, I see the case for Sin & Punishment: Star Successor on the shelf. The price: $19.99! I’m like “Whuh! Shit, if they don’t have DDS, I’ll go ahead and get Sin & Punishment.” So, after waiting for some hood lookin’ chick to finally sell all her games, I as the clerk if they have Digital Devil Saga. Since it’s a pretty old PS2 game, I told her exactly that. She looks in the drawer of used PS2 games. “No, we don’t have it.”

Okay then, so I ask her if they have Sin & Punishment: Star Successor. I told her that I saw the case and it said that they had it new. She opens three drawers this time. After looking for two minutes…”Nope, we don’t have it either.” And so, I let out a “d’ooh” and walk out the Gamestop, saddened that I missed my chance on a sweet deal on a good Wii game. What irked me was that they still had the case on the shelf as if they were still selling it. It they sell out, they should remove it. It’s a relatively small store too, with everything within 4 steps from the counter. So removing an out-of-stock game from the shelf should be no hassle. So, My sis and I hit up the Toys R Us to shop for things there. I decide to head to the games section to see what they have. No PS2 section, so off to the Wii section. I wondered if Toys R Us had Sin & Punishment. And they did… FOR FUCKING $44.99!! Not willing to go home empty handed, I go ahead and by Sin & Punishment for that price and head home. 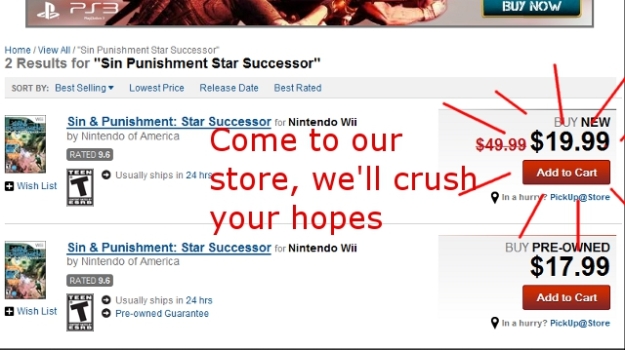 Now I’m mad. Not at Toys R Us for charging that price, but at GameStop for putting my hopes up so high. I’m here thinking that they have it (and at a great price too), only to be told that they don’t. I really feel like a sucker here, nearly getting caught in a Bait & Switch scheme. I ended up paying more for the damned game because of my never-give-up way of buying certain games (and especially if things are just within reach). So for future reference Gamestop: If your game is out of stock, take the damn game case off the shelf! I don’t care how long you’re out of stock (a day, several weeks, whatever), take the thing off the shelf. While yeah, I should ask at the counter instead, looking at the shelf reminds me of what games are still around long after it is released. I’ve given Gamestop the benefit of the doubt for a while. If I experience this shit one more time, you can go suck a German sausage! GameChamp all the way, baby!

12 thoughts on “Gamestop, You Bastards Made Me Real Mad Today!”