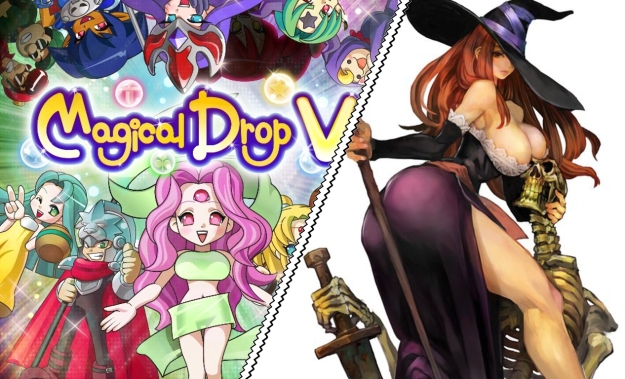 A while ago I expressed concern over the fate of Ignition Entertainment and what Disney might do to the company now that it owns a commanding share of UTV, Ignition’s parent company. Well, two bits of info has surfaced. First the good news. Ignition has announced that it’ll be bringing over Magical Drop V. Magical Drop V is part of a long running puzzle game franchise by Data East. To the rest of you, you probably know of Magical Drop from this animated gif that’s circle around the internet for ages. But Magical Drop is a really fun game, fast paced, and really, really hard. No lie, computer opponents will kick your ass with cleats on. If you wanna try out Magical Drop, it’s available now on Wii’s Virtual Console and PSN.

And now for the slightly sad news. Someone by the name of Matt Donnelley had forwarded an email to IGN stating that Amazon had cancelled his preorder of Dragon’s Crown, stating that the game would “not be released by the supplier on the expected date. As a result, we cancelled them from your order and your credit card wasn’t charged.” Amazon proceeded to delist the game from their catalog. Just to make sure, IGN also checked Gamestop, and the game is no where to be found either. After the story was posted, an illustrator from Vanillaware tweeted that the game was still in development and to wait for an official release announcement. This delisting thing could mean that either something Ignition related might be happening, Vanillaware needs to delay the game a bit, or, like Xenoblade, Vanillaware/Ignition might choose one store to sell their game. For now, we wait.