Not wearing armor? Do you SEE these six-packs?

I’m sure your presence must lack purpose, to be here must have been a mistake. I mean, reading this article puts you smack dab in the middle of PaJamieez country. Did the sign not radiate with the light of a supernova, begging for warning’s acknowledgement? Turn back now, as the usual journalistic sovereignty you’ve grown accustomed to has been put away… temporarily. Left behind are fragments of sanity, and the boiled down essence of obsession. These are my Guild Wars 2 screenshots.

It’s actually pretty hard to make an album on blogger. The media tool set isn’t as powerful as other blog services, (coughWORDPRESScough) but that’ll be something to think about later. The real question is why am I posting these screenshots now, instead of using them earlier for my impressions on Guild Wars 2? Honestly, I just forgot. The game was so distracting, screenshots didn’t even come to mind. However, when I heard about the server stress test on Thurday, I knew redemption was at hand.

One of the first shots I took was of my character, PaJamicus. I used him as an image comparison between Lowest Settings, The Game’s Auto Detect, and Full Blast. (For the record, my rig handles full blast like a champion.)

Guild Ward 2 was built to run on a wide variety of computers. Even the lowest setting doesn’t look too bad. I’m currently running a second generation Intel Core i5 processor, 8GB of Ram and a Radeon HD 5870; at the highest settings, the game performs smoothly.

A small debate has spurred from the beta events surrounding the quality of in game graphics vs the official screenshots. These pics should add some fire to the flame. I believe the following images were taken after sliding the graphics notch all the way to the maximum setting. In the midst a quest, I managed to get some really great shots. If you look close enough, you can probably pick out some of the more talked about gameplay mechanics. Again, sorry for the formatting, I’m terrible at this page design stuff.

A Glimpse Inside Divinity’s Reach 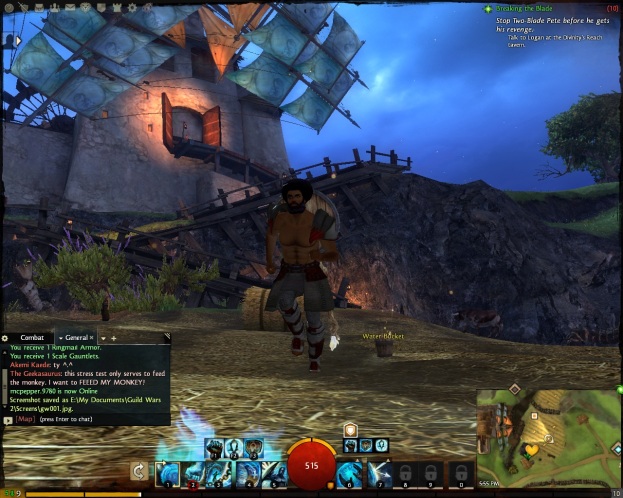 Running Away From Worms 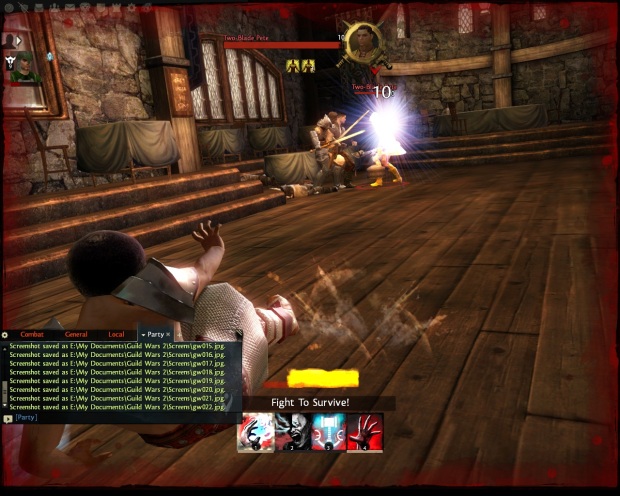 The Battle With Two Blade Pete 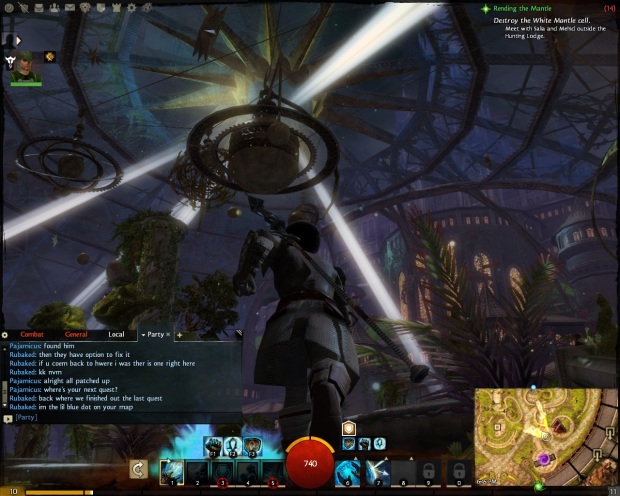 The Center of Divinity’s Reach

The rest of the screenshots are uploaded to imgur. I hope this can hold people over till August 28th. The countdown begins!