Just this week Ratchet & Clank was given the PS3 collection treatment like its cousins, Jak & Daxter and Sly Cooper.  When these three trilogies came out originally, I was getting exhausted of playing so many platformer games and ignored them.  I’ll be honest : I’m still trying to plow through the Jak saga and only bought Ratchet so that I could get my hands on the Sly 4 demo.  That series only caught my attention when I finished Infamous 1/2 and wanted to play other games developed by Sucker Punch, and I loved my Sly Collection ever since.

That brings us to Thieves in Time.  Sucker Punch passed the development baton over to Sanzaru Games, the team responsible for remastering the original trilogy.  This demo is short, and frankly, hasn’t convinced me that I should purchase this game at launch.

It’s not terrible so much as that it’s incredibly short.  The voice acting could use a little touching up; Kevin Miller returns as the protagonist, but didn’t quite sound like the Sly in previous games.  It doesn’t help that the opening scene includes briefly giving off the shittiest Italian accent possible, a gag used in the previous game. 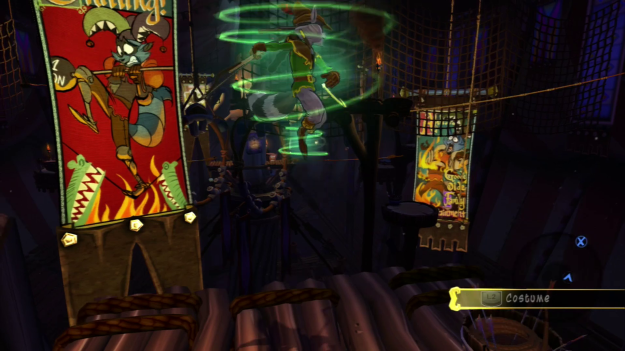 Sly has been known to use a costume here and there, but they now have a direct influence on gameplay.  For the demo, we’re able to become an archer, who has the ability to shoot arrows with an attached rope.  There are also small targets that the arrows embed into, allowing passage to the next area.  One cool feature is that an arrow can be controlled mid-flight, a necessity when the targets begin to move or projectiles are fired along the path.

More like the later games, coins can be found in breakable objects, and are presumably used as currency.  The limited lives system was phased out after the first game, and it’s clearly staying that way considering I broke 100 coins with no immediate effect. 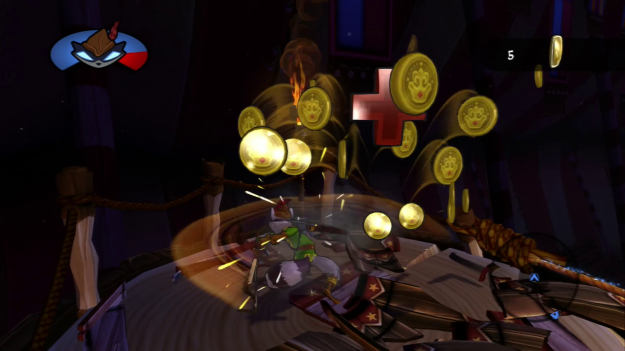 There are also hidden mask symbols to be found,  but it apparently takes 60 before something happens and the demo only had two that I could find.

One thing that’s pretty cool is when you fall off a platform, this rewind sort of effect occurs that reminds me of Braid.   A little health is taken and Sly’s back in action.

In total, the demo took about 10 minutes to complete, and that includes time spent playing around the options menu inverting the controls until the camera functioned the way I wanted it to.  There was enough content for certain observations to be made, but there’s little separating this title from the other 3 (all of which you could buy on Amazon right now for 20 bucks). 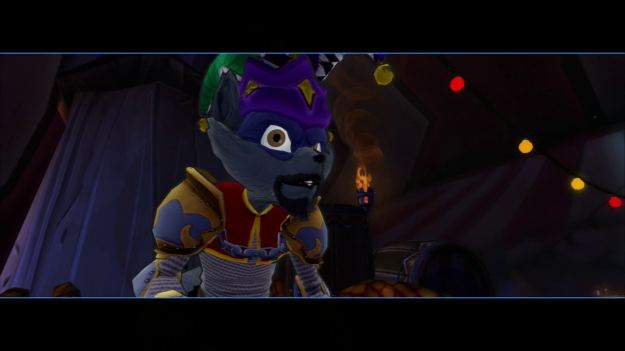