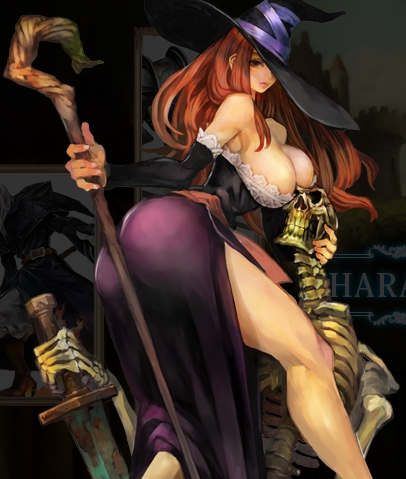 During the trailer Sony showed of the PSVita (Will call PSV since I’m lazy), There was a barrage of games on display. At one point, there was one game that popped up that had made me do a double-take on the liveblog (you can see at 9:56). I was right in assuming that it was a Vanillaware game, but Grand Knights History it is not. The game is called Dragon’s Crown, and will be released around Spring 2012 for the PS3 and PSV. Judging from the title, it almost sounds like a sequel to the SEGA Saturn game Princess Crown, to which certain employees worked on before forming Vanillaware. But it seems to really be similar in name alone, as the tone for Dragon’s Crown is a vastly different than that of Princess Crown.

Vanillaware launched its official website for Dragon’s Crown. Hit the jump for the trailer and official website. And if you’re looking for the aforementioned thighs, here you go.