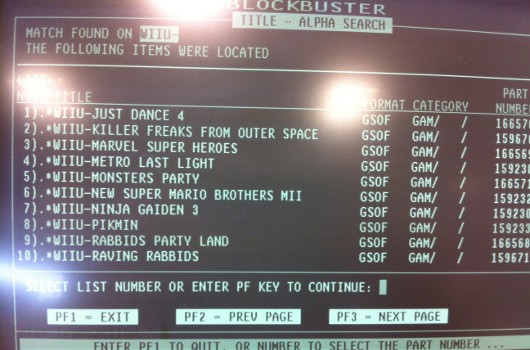 As we come closer to E3 and the Wii U’s holiday launch, Joystiq reports that BlockBuster UK has leaked a picture of what appears to be launch titles for the Wii U. Besides the 10 in the picture up there, the lists goes deeper, showing titles in the Splinter Cell, Tekken, and Aliens franchises. For now, most of these names look like placeholders. Joystiq had updated their article stating that a former Blockuster employee on NeoGaf says that the titles upthere now are placeholders and that the list was formulated by the sales team. So far what we’re not sure of is which of these titles are launch titles and which aren’t. Some are pretty obvious, like Rayman Legends, Metro: Last Light, and Just Dance 4.