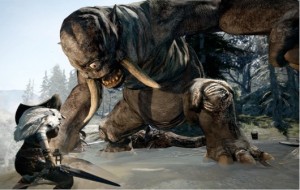 I see a sequel coming!!!

In a recent interview between Dragon’s Dogma creator Hideaki Itsuno and Famitsu, he offered some insight on what added features the game’s will contain that didn’t make it to the first installment. Such features was the concept of a quest creator that Itsuno wanted to implement in the first game couldn’t due to time constraints. Along with this hint, Itsuno also says the game will be a lot bigger and things like story and gameplay are going to be much better and expanded upon. So maybe finally we will get to fight colossus-like giants in the next game to scale up on and some much needed multiplayer in this bitch.