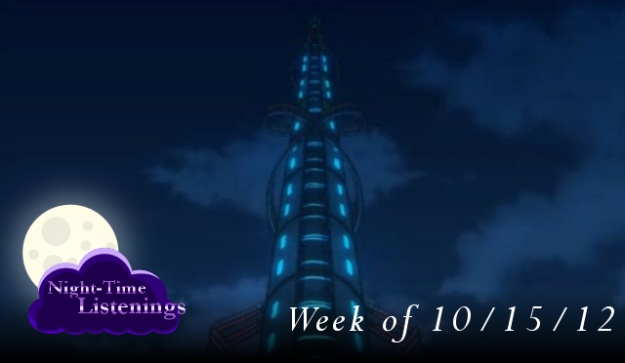 We survived the bedlam of New York Comic-Con and took a much needed break for our feet to relax. In the meantime, we listened to Soundset remixes, where music from one game was remixed using another game’s instrument. The week started with a climb through Jakob Elevator from Mega Man X8. Wily’s Fortress was raided for the ninth time in Mega Man 9. Bowser’s Castle beckoned us in Mario Kart Wii. We flew in the wind in Super Mario Galaxy. And finally the Dark King was slain in Final Fantasy Mystic Quest.

This week is Soundset Remix Week. In other words, a song from one game are remixed using the instruments from another game. You’ll know what I mean if you play the video up there. It’s the theme of Jakob redone with Mega Man X2 instruments. It actually translates really well, like it really came from MMX2. I’m actually surprised there’s cymbals in this considering how very little there was in MMX2. This remix was done by SabreMage. So, what other song you think would work with X2’s soundset?

Should probably warn ahead of time, but there’s might be a lot of Mega Man this week as the instuments in this series (both classic and X) are pretty popular (as are the songs). So here’s Flash In The Dark (aka Wily Stage 1) redone with Mega Man X2 instruments. Like yesterday’s, it translates pretty well into this instruments. Probably would’ve let up on the drums a bit, but it’s still good nonetheless. This remix was done by daveeeey. So, how hard was Wily Stage 1 for you in Mega Man 9? 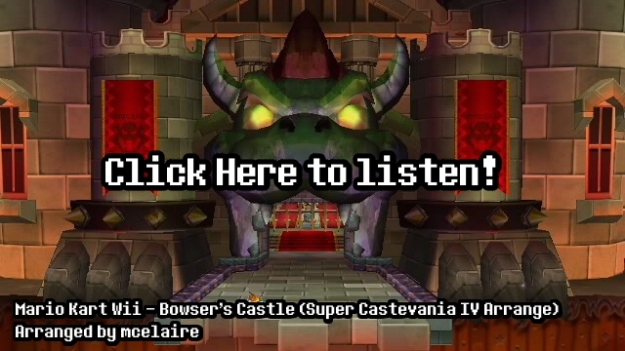 Here’s an arrangement from my buddy over on deviantART, mcelaire. He’s been arranging music for quite a while now, utilizing soundsets from Castlevania IV, Batman, etc. Here, he applied the instruments from Super Castlevania IV to Super Mario Kart Wii’s Bowser’s Castle. It starts out definitely sounding like something out of the SNES classic. But the part before the loop really benefits from the instrumentation, creating a very melodic atmosphere. If you want to see more, go check out his site. So, what’s your fastest time on Bowser’s Castle in Mario Kart Wii? 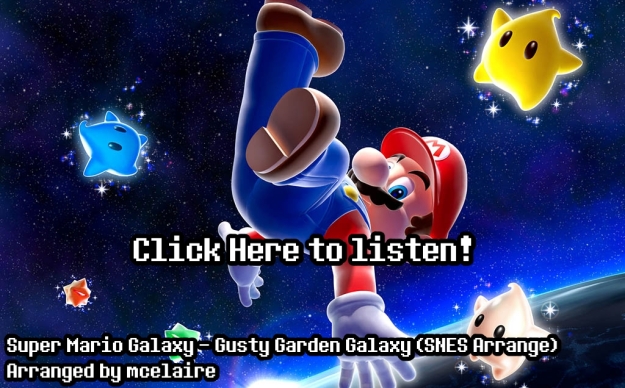 Mcelaire took a liking to using Disney’s Magical Quest’s instruments for more orchestral music, and became the go-to set for much of Super Mario Galaxy’s music. For Gusty Garden Galaxy (my favorite song in the game), he used the instruments from Disney’s Magical Quest. While some of the bombast is lost in the transition from Wii to SNES, it still holds together some of what makes Gusty Garden memorable, most notably the melody. So, how psyched were you when you heard this song in the first Galaxy 2 trailer?

To round out the week, we head over to the underrated classic Final Fantasy Mystic Quest. While it’s gameplay was obviously meant to cater to people who never played RPGs, the music was on another level. It’s unfortunate that we never heard music like this again for much of the main Final Fantasy series, but the music still lived on in remixes, like this one here! While some of the instruments are slightly real/synthesized, the guitars are pulled from Mega Man X2 and X3. Like the songs featured on Monday and Tuesday, Mega Man X instruments definitely fit for arrangements such as these. So, what was your first Final Fantasy game?