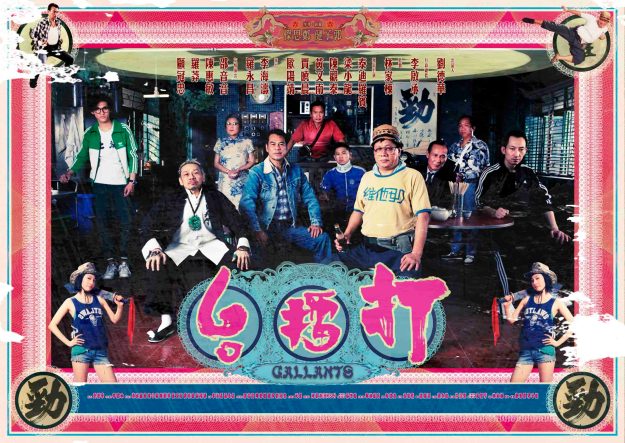 Yeah, these are our heroes. AKA the coolest old people you will ever see.

Note: This review will contain minor spoilers. Nothing you couldn’t see in the trailers, but if you want to be completely surprised by what you see, then don’t read until after you have watched the film.

There’s an old, very popular saying :”You can never go home”. For those who are extremely thick or just don’t want to think too hard about it, the quote is (for my purposes) talking about the unstoppable march of time, and how no matter how much we might want to return to certain periods in our life, we cannot, and must simply accept that.

Even sadder, this refers to the mundane as well as the temporal. In gaming, I’m sure everyone reading this has had the experience of trying to play an old favorite, anticipating a repeat of that glorious initial rush, and were crushed to find that their rose tinted memories were nearly incommensurable with what was before them. Sure, it was probably still fun, but was still a mere shadow of the ecstasy they once provided.

This proves true of movies as well. For the purposes of this review, let us talk about how it affects Kung Fu flicks. Now, it is true, Kung fu movies actually can weather the test of time better than most. Good action choreography is still good whenever it’s watched, and the classic stories and character types still provide just as much joy as they did in the lost days of yore. But despite the well aged aesthetics, the soul that was so paramount to these movies, that impalpable enthusiasm and spirit, faded with the mid-80’s.

So what does this have to do with Gallants? Because, of all it’s many achievements, the best thing it did for me is showing that, even though you can’t go home permanently, you can still visit a lost time, if only for a few hours.

But I’m getting ahead of myself. First, let us set the scene. Leung King-cheung (played by Wong You-nam) is a sad little milquetoast of a man, living day to day under the thumbs of his superiors at his real estate job. After angering one of his bosses, he is sent to a village in the New Territories to settle a property dispute. On his way, he sees a commercial for a martial arts tournament and dreams of being strong enough to compete in such a setting.

But for now, there’s real estating to be handled! Upon his arrival at the village, he is harrassed by a real brat of a little boy who, upon being scolded by Cheung for his actions, has his older brother, thuggish Bronze Rooster (Wing cheong-Law) begin to beat him, along with some of Rooster’s cronies. As the coup de grace is about to be delivered, a passing elderly gentleman, later revealed to be named Tiger (Bruce Lee clone turned epic old man Bruce Leung Siu Lung) intervenes and, after seriously rocking the thugs (including Rooster), leaves a stunned Cheung sitting there, the fires of his ambition to get stronger stoked.

So what is Gallants really? It is a lovingly crafted homage to the kung fu comedies of the 60’s and 70’s, with its elaborate hand to hand fight scenes and frequent dips into silly sight and word gags, not to mention its classic Kung Fu music and constant visual references to old Shaw Brothers flicks. It is a stark, sometimes depressing, commentary on the trials of growing old and infirm in a world that requires constant strength, and wondering what to do with onesself when their time, so to speak, has passed. It is a movie utterly unafraid to make it’s statement of soul over style, as evidenced by the fact that, of all of its stars, only three of the named characters are played by actors under 50. Directors Derek Kwok and Clement Cheng set out to make a film in the spirit of those golden years of Shaw Brothers and the like, and decided that this would not be possible without the actors from that period.

That is, of course, not to say that the younger actors don’t do their jobs. The younger actors being in this kind of reminds me of the recent Jackie Chan/Jet Li film “The Forbidden Kingdom”. In that film, the hottly anticipated team up was marred by the unwelcome appearence of some american kid (I forget his name, he was in that movie “Sky High” with Kurt Russel). But unlike that movie, you can actually accept the extra kids in this. Wong’s Cheung is a reasonably endearing schmuck, whose predictable story arc doesn’t really drag down the movie. Jia’s Kwai provides a reasonable foil, and the younger villains provide good conceptual and moral oppositions.

But let’s be honest here. Even if you don’t know your “Kwok Chue” or your “Wang Lung-wei” from your “Liu Chia-liang”, the real draw here is seeing some of the best in the business do their thing. And by god do they; Gallants shows the most old school influence in the straightness of its fight scenes: There’s no digital effects, no wires, no tricks, nothing. Just the men who have been doing this since before I (and, knowing who reads this, probably you) were born, an action director, a camera, and some rocking spirit.

Every actor gets their chance to shine. From Tiger’s several “one-against-many” brawls to the incredible battle between Dragon and Jade Kirin early on (and its later rematch), to the inevitable “old vs. young” confrontation, fights are fast, brilliantly choreographed and memorable. More to the point, they have something you don’t get much in even the best modern flicks: Smoothness. When one spends their whole lives practicing like these guys do, there is an element of naturalness to their movements, one that can only come with age and experience. Through this, the fights manage to achieve that one dream of all Kung Fu movies: a natural rhythm between combatants.

I cannot stress enough how cool it is to see all these legends battling each other on-screen. It’s so cool that I can’t even think of a proper comparison. Special shout out goes to the above mentioned early fight in the restaurant between Lo Meng’s “Jade Kirin” and Chen Kuan-tai’s “Dragon”. Their speed is amazing; they’re throwing hits and dodging attacks quicker than anyone their age should, and it really illustrates my above point about the wonders of experience. In many ways, making this based off the older style was even harder, since the aged masters couldn’t fall back on wires or effects (as if they’d want to) and had to rely on the natural speed and flexibility of their own bodies. When you see how fast and complex some of the moves in this film are, you’ll understand how hardcore this concept really is.

As for their other talents, the vets still got it in the acting as well as the fighting chops. Leung shines as Tiger, managing to give him the right mix of aged fatigue and burning spirit that makes him worthy of his name, while Kuan-tai’s Dragon serves as a wonderfully sedate counterpart. Teddy Robin, despite not being a Kung Fu actor by trade, manages to somehow seem like a wise master while giving the movie some of its truly hilarious moments.

And of course, I couldn’t not mention my all time favorite Kung Fu actor, Lo Meng. Lo Meng has always, to me, been gifted with incredible screen charisma. He always seems so earnest and likable that you can’t help but…well, like him. Plus his skills are genuine to the core. And he shows them off hard in this film, with incredibly swift and powerful movements in all his fights. In the movie, Jade Kirin mostly exists to serve as a evenly skilled opponent/dark mirror to the main heroes: he too is an aged master, but although his skills are (at least at first) far superior to theirs, he has surrendered his dignity and acts as the strong arm of his cowardly brother. Still, he really doesn’t do much except beat people up and be a general prick. However, as if in return for the rather two-dimensional character, he participates in the two most elaborate and thrilling one-on-one fights in the film, and any time Lo Meng is doing his thing (kicking ass and being awesome) I am a happy man.

You may have noticed that I haven’t mentioned that vaunted “Aging Dillemma” I talked about above. Well, I kind of can’t talk about some of the best examples without ruining some of the story, so I have to be kind of vague. The movie does a great job of making you feel the burdens of its characters. Tiger and Dragon are men left behind by time, frozen in an era where strong fists and a fierce spirit could get one through life. Their wounds and unfulfilled dreams prevent them from moving on, so all that is left to them is to somehow utilize their existing skills to exist in a world that needs more than they can give. Even Master Pong, seemingly the strongest proponent of new, “commercial” Martial Arts, frequently seems saddened by the loss of those times of great men and great battles. His student, too young to have seen those days, seems to long for them, as his is the spirit of a fierce warrior looking for satisfaction.

By the films end, however, we have the answer to our lamentations as well as that of the characters. I can’t say for the characters (again, spoilers), but I can say that in the same way that Tiger and the others are able to find some measure of their lost glory, so too are we able to find just a little bit of that lost golden age of Hong Kong cinema. By paying loving tribute to the spirit of those films, while not forgetting to make a great Kung Fu film in general, Cheng and Kwok manage to make a film that feels like it was plucked from that wonderful time and delivered to us in our modern day, to give us one last taste of the beauty that will, unfortunately, never come again.

Case in point: When Lo Meng and Chen Kuan tai had their second round in an old alley, I wasn’t seeing a pair of aged, though amazing, fighters duking it out. I was seeing Lo Meng and Chen Kuan tai, in their prime, fighting on that marvelous Shaw Brothers set, with its painted backdrops, ridiculous music and fake blood, and I was a happy nerd. That is, in every way, the highest compliment I can pay the film.

Verdict: A special case. If you do not have any real love for the old days, then deduct 1 point from this score. You’re still getting a grand old time of a film, with fun characters and spectacular fights, but much of it’s resonance will be lost on you.

If, however, you are more like me, a person who finds very few things more wonderful than a good golden age martial arts classic, then this movie is most definitely: