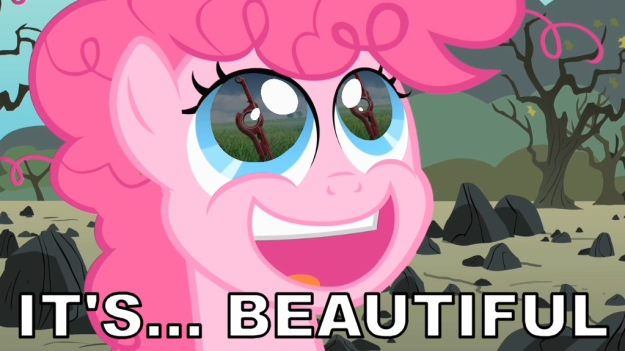 Well guys, it finally happened. Xenoblade will finally be hitting the U.S. next year under the title Xenoblade Chronicles. This comes to us via a report from IGN in which an image from an anonymous Gamestop employee was shown to have Xenoblade in the release schedule. Soon afterward, images of Xenoblade Chronicles popped up on on Nintendo’s Facebook page. At 10:10AM PST, Nintendo posted on their Facebook page:

“It’s confirmed! Next year, Wii players throughout North America can wield the Monado blade and join the epic battle between the Homs and the Mechons in Xenoblade Chronicles. Like this post if you’re ready for an adventure on the surface of two frozen Titans!”

There are some out there that may feel a little manipulated out there after begging, pleading, and potentially boycotting all Nintendo products, and they have a right to be a little disappointed that Nintendo would dangle the carrot in front of gamers like that. But I think it’s time to put the pride aside and just be happy that we’re getting the damned game. The critically acclaimed game is set for release in April 2012.