Editor’s Note: We collaborated on this latest Speaketh before Nintendo did their Nintendo Direct not too long ago. However our arguments still stand.

So E3 has come and gone, and there are a few things that surprised us, some things that lulled us, and some that made us go “What?” But one thing that seems to have drawn the most confusion is Nintendo’s Wii U and 3DS Conferences. Nintendo, like the others played it safe — very safe — during their conferences. However, in their aim to cater to the hardcore audience that they seemed to have lost, they let two games slip by that seemed to cater to just that audience.

Anthony “Prota”: You know, I believe those were my exact words when I was ranting about Nintendo’s conference [two weeks ago]. So far, it really does look like Nintendo is losing touch with the more dedicated gamers. And this upsets me since the Wii U was supposed to target both the casual gaming audience and the dedicated. Yet, my favorite looking game for the Wii U wasn’t given any time at the press conference.

I randomly stumbled upon a trailer for Project P-100 as I was surfing the internet and I was quite impressed. This is a Wii U game made by Platinum Games, with Hideki Kamiya at the helm, that seems to have influences from Viewtiful Joe, Pikmin, and even Okami. That’s really all you have to say to get gamers riled up for this. However, the art style, simple plot, and good use of the gamepad make it look like a title that could easily be marketed towards the casual crowd as well, making this a game that sets out to do exactly what Nintendo intended…cater to both audiences. Yet they don’t mention the game at all during their press conference and couldn’t even fit it in any of the numerous reels that plagued the event.

As far as Nintendo goes, E3 has only made me more worrisome of the company and the Wii U.

Steven “DPX”:This all seems to stem from Nintendo’s, I guess, lack of faith in some titles. I personally thought that Nintendo’s that one company of the three that really think outside the box and deliver on some unexpected and riveting experiences. But after E3, they seem no better than EA, Activision, and Microsoft who seem to churn out the same game and fall back on the same formula. I mean, how much more Mario can they possibly make? They’re great games, sure. But we want something different.

Also, this seems to come back to how they handled Xenoblade and The Last Story. Nintendo had no faith in these two titles selling and tried to spend as little money as possible on these two titles. It’s a miracle that it sold over 200,000 copies with almost no advertising whatsoever. How far does this lack of faith go? Well, they sent out the same NA trailer to publications twice, they didn’t change the in-logo to the NA logo (the one with the de-emphasized “Chronicles,”). Heck, they didn’t even change the copyright info at the title screen! I love the game to death, but little things like this shows how Nintendo of America felt about this game.

And now this seems to be happening again. Fire Emblem Awakening was announced as an aside during E3. Now, it has been confirmed that the the announcement was actually a mistake on Reggie’s part and that now wasn’t the time to announce it. But why keep something like that back to begin with? Fire Emblem has quite a devoted following in NA and it wouldn’t make sense to keep a game like this in the dark for E3. [Note: They showed more about the game during a Nintendo Direct Conference]

And poor Project P-100. Why can’t Platinum catch a break lately? They’ve been screwed over by Capcom (when they were still Clover), next they’re getting screwed by SEGA and their financial troubles. Then there’s fans that seem to hate Metal Gear Rising guts. I mean c’mon. Nintendo, you’re publishing this game. Please make this a hit for Platinum. Bayonetta was a hit. Let’s make this another hit for Platinum. 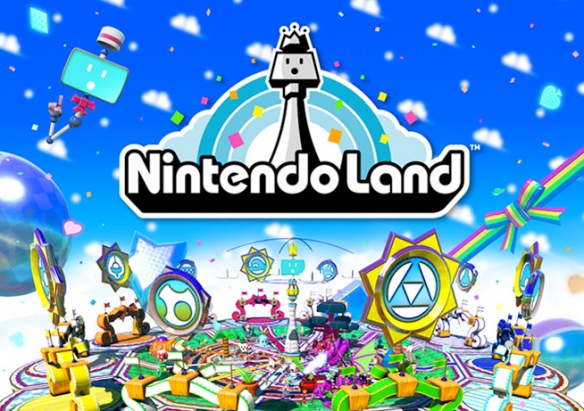 James “Suikoinfinity”:My problem isn’t just with Nintendo, but with everybody who did a press conference this year.

E3 is a big event, very big. This is why they added live streaming so that people who can’t physically be there can get in on the action too. Their job is not only to show new games, but to get us excited for what’s to come, projects that are in the works, and what we see especially from Nintendo are these hidden games that for some reason were not present at the conference. Why the fuck not?

I’ve heard some people speculate that they were only showing games that were to be released in 2012, but why not get us hyped up over something in the more distant future?

Excite me, people — that’s the only thing I wanted from E3 this year and nobody delivered. At least Ubisoft had the balls to try a more juvenile approach and even if most of my emotion was spent getting pissed at the two hosts, they managed to get some kind of feeling out of me. The same cannot be said about the three major conferences, Nintendo included.

It’s like they’re intentionally trying to make the conferences suck and hiding the material that would interest me in a corner somewhere so I can read all about it in an obscure media post.