How the fuck did I miss this?  A reboot of Rise of the Triad?  Dog mode and weird floating platforms making a return?  Graphic killing of Nazi soldiers as they beg for their lives using modern visuals?  Consider me pumped!

Originally intended to be an expansion to Id’s hit, Wolfenstein 3-D, RotT was designed for that particular engine.  When Id dropped that plan, possibly because Doom would be looming around the corner, it was instead developed as a whole new game running on a more modern engine.

That’s good, because Wolfenstein 3-D’s engine wasn’t really suited for outdoor environments which is a big part of this game’s atmosphere.  What resulted is a pretty gory game for its time where people would regularly blow up.  Because height was no longer an issue like it would have been as an expansion, we see a whole bunch of trampolines that take advantage of taller rooms.

Great music is one of the things that RotT is known for, one of them I love so much, I actually recorded from the game (just don’t let me get started on how awesome the instrumentation is, otherwise this would be a pretty long article) :

(WordPress has a habit of amplifying uploaded tracks, so it sounds a lot less than optimal, sorry about that)

Obscure secrets, objects that can be pushed (which is not even possible using the Doom engine) and a whole bunch of wacky powerups and explosive guns make this a creative, and unrealistic fps, but the absurdity carries its own charm and I hope that it remains when translated to a more modern engine.

If that trailer’s any indication, the action is going to be insane.  Some of those choreographed explosions are hardcore!  Kudos to the Interceptor Entertainment for leaving the tokens and other random shit to pick up.  Here’s hoping that multiplayer is well done; maybe I’ll be seeing you in Rise of the Triad in the near future!

Expect to get your hands on it this Fall on Steam! 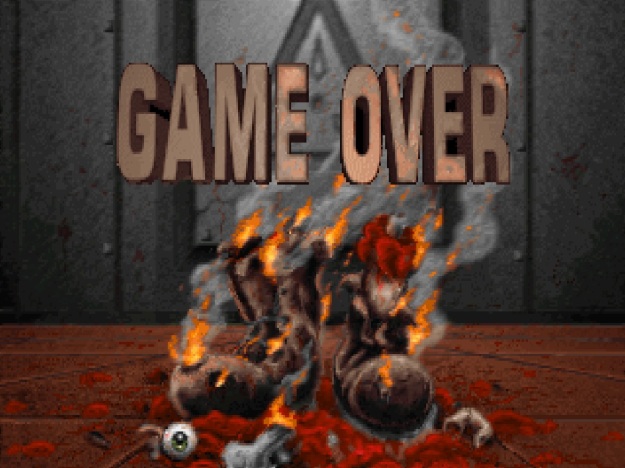 1 thought on “Rise of the Triad Making its Triumphant Return”