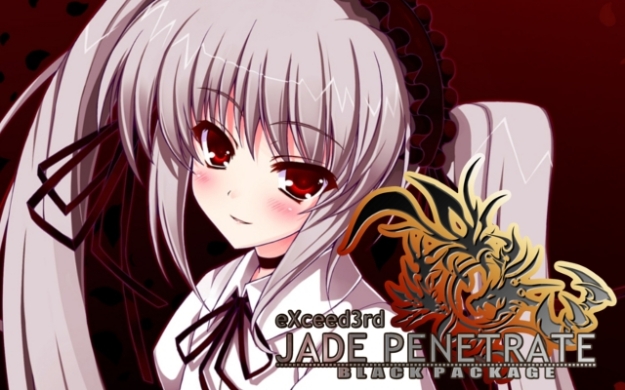 This third entry seems completely detached from the story told in the first two games. This time around you control Rayne Lindwurm, an angel that’s always lived in the shadow of her older sister, Celestia. A Tournament has started where the winner would be become a Cardinal Lord. Rayne’s sister will be competing in this as well. Hell bent on finally beating her sister in combat, she joins in. As you can see, this is has pretty minimal connection to the first and second game in the series. Of course this time around you’re playing as an angel within the ranks instead pf as a bunch of lackeys sent out to defend the homeland. One major connection is that you’ll face the Undead Lord Remedy, who was mentioned a few times by Ria File in Vampire REX. As with the other two, the story ain’t what you’ll be playing this game for. It gets the job done, but it’s nothing to write home about. Grade: 75/100

This is one of the things that got a major overhaul from the other two entries. The graphics are much cleaner and nice to look at. Even better is the presentation with seals and insignias all throughout the game. Even the backrounds are different (finally) and little more varied with fog effects and light gradation thrown in. When playing these games back to back, this is one of the elements that you’ll look at and appreciate how Tennen-sozai has grown as a company. Grade: 89/100

The sounds are what you’d expect. The voice acting actually has some star-power to it this time. Personally, I’m not much into the VA culture in Japan, but some of these names might sound familiar to you: Endou Saya (Strawberry Panic), Yukari Tamura (Talim in Soul Calibur II), HITOMI (Melty Blood), Nana Mizuki (Jessica in Resident Evil Revelations), and Chiwa Saito (Taokaka in BlazBlue).

And now the music, oh my god the music. I’m a huge fan of S.S.H. His only song in Vampire REX was the highlight of the game. So imagine my reaction when I saw that S.S.H. would be composing the entire soundtrack to Jade Penetrate. I’ll make a separate article on who S.S.H. is, but I found out about him a long while ago through some Castlevania and Final Fantasy remixes. So I’ve never played a game where his music would be the bgm, until now. His music immensely matches the action onscreen. It’s fast, visceral, non-stop heavy metal from beginning to end. It kinda reminds me of Lords of Thunder, another shmup game with a heavy metal soundtrack. I will tell you though that listening to the music alone is great. But its a different experience when actually playing the game. You just feel like a badass all throughout. Grade: 93/100

This entry does away with the Polarity system from Vampire REX and goes back to its roots… for the most part. This time around you’ll be accompanied by up to five Options (called Mini-Tiamats)–which you acquire via pickups after defeating certain enemies. This game introduces a new lock-on mechanic where your Mini-Tiamats will lock-on to enemies and stay locked on while you focus on maneuvering and dodging bullets. They’re especially helpful in boss fights in instances where it’ll take too long to line-up with the boss when dodging bullets. Now when locking on you’ll move slower. One might think that this is a bad thing when in fact it’s good since it’ll help you in navigating around bullets more carefully instead of twitch-moving into a bullet.

My main gripe with the lock-on mechanic is that the Tiamats might lock on another enemy other than the one I’m shooting at. Say I’m firing at a larger enemy. Some smaller enemies might come into the picture and the Tiamats lock onto those instead. I thought maybe if I press the lock-on button again I’ll fix their sights back on the larger enemy. They don’t. While I do understand what they’re doing, which is providing cover fire to prevent smaller enemies from firing their bullets, they’ll still squeeze out a few rounds anyway. But in the end, I’d rather they had a consistent lock-on than changing mid-way. Think about about it, would you rather dodge smaller bullets within a bullet curtain or away from it? Thought so.

My other gripe, though it only lasted for a bit, was that the bullets were rather deceptively colored in my first playthrough. Seeing red and blue bullets, you’d think the polarity mechanic from Vampire REX exists when in fact it doesn’t. Also, the power orb pickups can be pretty huge and blend in with some incoming bullets, making it hard to see if a bullet is close to you or not.

One mechanic making a return is the Graze system from the first game. However this time it’s not the only way to gain charge for your Special Attack, the Burn Air Raider. To build-up charge, you continue firing on enemies, graze incoming bullets, or pick up Power Orbs dropped by enemies (which thankfully go to you instead of you going to them). The Burn Air Raider move is very effective against enemies as it homes in on all targets on-screen and about-to-appear on screen. It looks really cool taking out a horde of enemies in one shot. Coupled with the music, you’ll feel like an almighty badass! Grade: 85/100

Jade Penetrate does away with some things, but goes back to basics with others. The story is slightly different from the first two, but nothing to get too excited over. The graphics and presentation is cleaner and more polished than its predecessors. The music kicks a lot of ass and really helps in boosting your morale while fighting. The lock-on mechanic is commendable, if a bit flawed in some areas. And the Graze system makes a comeback. Overall, this is one of the better, if not the best in the collection. Some might be divided on which one is the best, but I’ll leave that up to you to decide. But, which one should you get? Should you get them all? Hit up the next page to see.