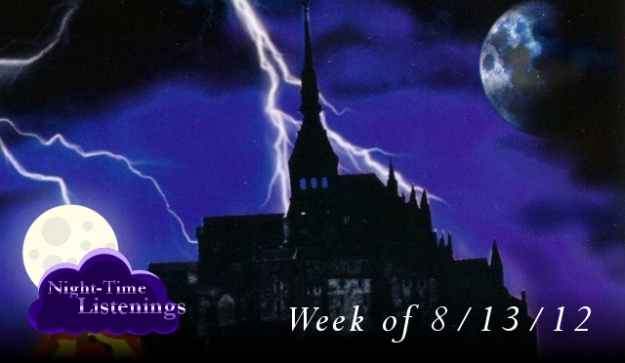 Composers Month Continues with smooth and catchy sounds of Michiru Yamane. We flew through the skies with Detana Twinbee!! Then we slayed some vampires with Castlevania Bloodlines. We lost a painting with Castlevania: Symphony of the Night. We went even further back in time with Castlevania: Lament of Innocence. And finally we wrapped with the week with Skullgirls. Yeah, there’s no pun for that. Ms. Fortune took them all.

Continuing Composers’ Month, this week is all about Michiru Yamane. Yamane had a long career in videogames dating as far back as the Famicom and MSX. Here’s a song she did for shmup game Detana!! Twinbee. Being a more light-hearted take on the shmup genre, the music was a lot more heroic sounding, like a theme song for a superhero of a kid’s show. Always wanted to try out a Twinbee game but never got a chance to. I got no question today, so discuss whatever you want about Twinbee. Oh, and remember that Twinbee is one of the supporting characters in the upcoming Project X Zone.

Here’s Yamane’s first stint in making music for a Castlevania game. Here she maintains that gothic style the Castlevania series was known for. However, since this entry was the most modern of the games of series at the time, the music had o have a more modern kick. The music also had a slight latin/jazz flavor to it. It’s hard to pinpoint why but it somewhat does. The would be far from the last time Yamane did music for Castlevania. So, who do you play as, John Morris or Eric Lecarde?

Like David Wise and DKC2, Symphony of the Night would be Michiru Yamane’s magnum opus and most memorable soundtrack of her career. She brought a style that was gothic and baroque while at the same time modern. Lost Painting would be one of the more melancholy songs in the game, playing later on in the inverted castle. I remember way back in my early days of the college clubrooms walking into one of James’ music appreciation sessions, hearing this song. I remember saying “That’s Symphony of the Night… Lost Painting,” to which he replied “by name he knows this song.” Tonight’s question: how shocked were you when you saw the inverted castle?

Michiru Yamane would continue her contributions to the Castlevania series with Lament of Innocence. She would continue use her musical stylings that made her popular back during Symphony of the Night. House of Sacred Remain starts of with a grand organ start, and then some light, marsh-like percussion and chanting is added. Overtime you get used to the styling of the song and accept its silence. Then BAM, the song wakes you up! This technique of composition had a long life, where things are quiet, and then a sudden burst of sound wakes you up. So, if you had a pipe organ in your house or had access to one, what song would you play on it?

Let’s just ignore how cheap Marie is in Skullgirls for a moment and listen to the music. I was surprised, as was much of the gaming community, when Reverge Labs got Michiru Yamane to compose the music for Skullgirls. Since I wasn’t too aware of Yamane’s Music outside of Castlevania and Elebits at the time, I was wondering how Yamane was going to do the music. But considering how varied her music was when you removed the context, I had a strong feeling she’d do fine. She herself said that she always wanted to do a more jazzy soundtrack. She delivered in spades with Skullgirls. So, are you a wheel pain, or ain’t you a stinker?