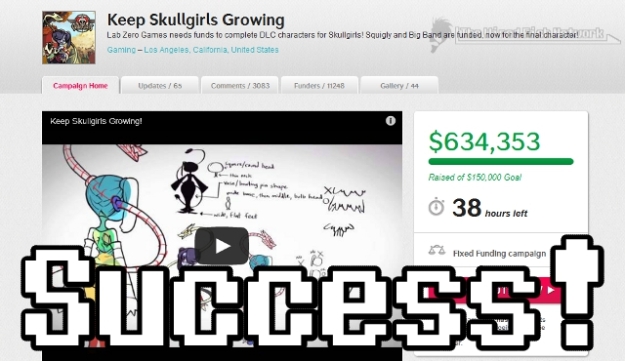 Lab Zero however will be putting a unique twist to the voting procedure. Similar to a tournament (or a reality singing competition, giver or take), voting sessions will be held four times. The first round is all characters up for voting. The Top 16 will move on to the next round. Then after the that the Top 8, then the Top 3. The one who wins the last round will be put into the game.

The entire roster has been revealed. So I’ll be giving an extreme Cliffnotes version remaining chracters since we last left off. You can see those here and here. Alternatively, you can just go to the Lab Zero page and see for yourself. The remaining characters are: 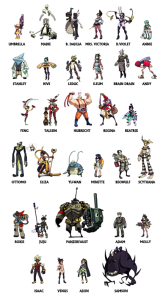 And that’s all. Like Squigly and Big Band, this third character will be free for the first three months. There is however a fourth character that Lab Zero has put in place should the community feel more generous. There’s also possibility of Mane6 getting the Skullgirls engine should the campaign reach the $725,000 mark. [UPDATE] Lab Zero has now proposed that if they meet that $725k mark, not only will Mane6 get the SG engine, but the Skullgirls dev team will make Robo-Fortune a full-on, full-blown character.

There’s only 38 hours left as of this posting, so there’s a chance the goals won’t be met. But we’ve seen last minute clutches here when it comes to these, so who knows how this’ll turn out.