Earlier this year we were warned by Nintendo that their Wi-Fi Connection online multiplayer service would come to a close. Well, today is the day. From today onward, all games that used Nintendo Wi-Fi connection for online multiplayer will be going offline. All of these games were released on the original Nintendo DS and Wii. Wii U and 3DS games will be unaffected as they use Nintendo Network for their online infrastructure. Nintendo has a list of games on their website, but it only cites games they themselves have published. There’s a bigger list of all games, both first and third party on both Wii and DS, that show what is affected. There is a there is also this list of games affected, but you’ll see that it goes way beyond Nintendo Wi-Fi Connection and further explains why this is happening. 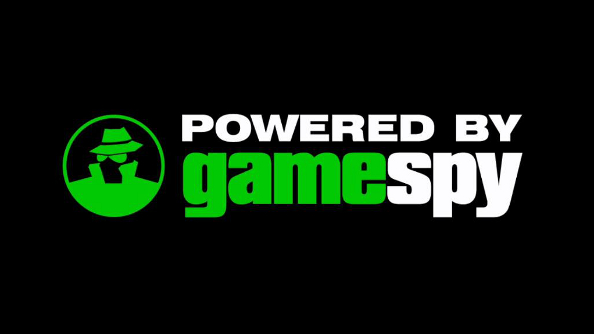 Around the same time, Gamespy Technology announced that they’ll be discontinuing their own online service, a service Nintendo used for their Wi-Fi Connection. Starting to make sense no? Gamespy Tech most likely notified the affected companies beforehand and gave them a choice of migrating their online components to someone else. The likes of Rockstar and 2K probably already migrated their online components to another host since their games still have high traffic and fairly still new. But with Nintendo, they most likely made the choice to shut down WFC after being told that Gamespy Tech was shutting down their servers.

Considering how old and outdated WFC is (it launched in 2005), migrating all those games to Nintendo Network would’ve been difficult. The infrastructure of WFC is much different than Nintendo Network, with WFC working on a game by game basis and not fully integrated into the systems that had them, the DS and Wii. Account management functioned similarly; a different game, a different account. While you might’ve had the same name for most, you were given a different friend code each time, instead of a universal one like the 3DS. Save for probably Gutar Hero III, you were only signed-in online when playing the games online. When you got out of online multiplayer, you were signed out, instead of remaining online like PSN or XBL.

So all things considered, Nintendo pretty much had to shut down WFC. It’s still a sad fate to see come to pass though.

The first game I would ever play online

I remember when I still had dial-up in the house, most of the graphic-instensive games were unplayable online for me. When I got Mario Kart DS, I tried for heck of it to see if I could play online. I saw that there was a “default” router somewhere that had no WEP key, but the signal was very weak. I could only get a good signal if I was near my window, which was blocked by a drawer holding the tv and all the systems. When I positioned myself for the best signal I could get, man it was uncomfortable! My arms were outstretched far to the east window (not out of it mind you). Playing anything like this was not going to be easy. I got a chance to fully try out Mario Kart DS online at a cousin’s house. And man was it awesome. Finally playing against other people online and not having splitscreen or predictable AI patterns felt great. Once I got my online hit, I wanted more. 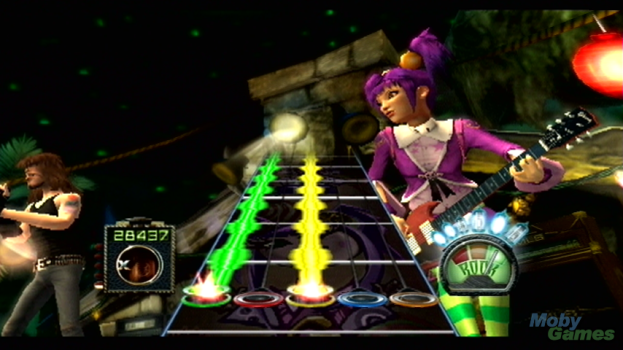 Once I gained a stable enough connection through mooching, I played Guitar Hero III online constantly.

Back at home, I would try again to get a stable connection with my DS, but to no avail. The router was too far for the DS’ weak signal. Enter the Wii. The Wii had a stronger signal, and it was possible to tap into that open router by perching the Wii precariously on top of my CRT television. I would use it for WiiConnect24 (a service that has been mostly offline for a year now as of this writing) to access the channels, Wii Shop, and get friend vouchers for Metroid Prime 3. The first game I played online on the Wii was Guitar Hero III. Many a sleepless night was lost to playing others online in this game. This was briefly followed by Super Smash Bros. Brawl, which sadly had lackluster online modes and bad lag. Mario Kart Wii later on became a mainstay for my online gameplay.

Once we got broadband in the house, I had less reason to keep mooching of this poor neighbor’s router. I purchased a Wii LAN adapter and would move my Wii to a chair to bring it closer to the ethernet cable I was using for my computer. I would continue my online gameplay with Mario Kart Wii, The Conduit (briefly), and Guitar Hero World Tour. Much of my online gaming soon moved to my PS3, which also used said ethernet cable before we decided to get a wi-fi router.

But what about my old DS? Well, our wired connection in the house soon became wireless after we got a wi-fi router. My Wii, PS3, and computer connected just fine. As for the DS, a sad fate befell it. Our security settings were not supported by Nintendo WFC, and we were not going to change it to accommodate one device out of many others. I could’ve tried out the Nintendo Wi-Fi USB adaptor, but… well… I was still using a Windows ’98 (when we were still wired). By the time I got Windows Vista (and went wireless some time later), the ship had long sailed.

Lots of Nintendo WFC game had leaderboards as a standard. And try as I might, I would never build a tower as tall as these guys in World of Goo.

Still, it was a sign of things to come for Nintendo. While it wasn’t as up-to-date as XBL and PSN, Nintendo WFC served as my gateway into online gaming, and mostly importantly online services like XBLA, the PSN store, and the Wii Shop Channel. We have Nintendo Network now, but it’s sad to see an old dog go. Like Sony’s PS2 Online and the original Xbox Live service that came before it, those early days of WFC will surely be missed.

2 thoughts on “Nintendo Wi-Fi Connection Comes To A Close”