In the wake of remakes, reboots, and HD ports that have found their way into this generation, many gamers have made a wishlist of sorts, pertaining to what they want revisited. However, one game that had drawn the most requests has to be Final Fantasy VII. Propelling the PS1, and RPGs, into mainstream popularity, many gamers have heralded Final Fantasy VII as one of best, if not the best, game ever created. Several Final Fantasies, a movie, an anime, and much corporate whoring later, Square shows off the now infamous tech demo for the PS3 in which they recreated the opening scene of Final Fantasy VII. The gaming public loved the hell out of this, but at the same time was upset that this vision of FFVII would be confined to being a mere tech demo. They wanted a full game, something that Square has said time and again that they had no plans for. And now, after the polarizing Final Fantasy XIII and the abysmal Final Fantasy XIV, fans are begging for a remake. Hit the Jump to see what we think Square should do in regards to remaking Final Fantasy VII.

Steven”DPX”: Personally, in the state Square Enix is in right now, they should stay off trying to remake FFVII. Their handling of old properties has been suffering lately with The 3rd Birthday, the Mana series, and even Final Fantasy taking a massive hit as of late. Final Fantasy XIV, though an MMO, demonstrates how far Square has fallen. Even Wada has stated that FFXIV tarnished the Final Fantasy name. Also, their resources have been stretched thin and lots of teams are tackling other projects, like FF Type-0, Kingdom Hearts 3D, Versus XIII, Bravely Default… it’s madness. Square Enix has only seen success so far (this year anyway) with with Deus Ex: Human Revolution, an Eidos developed game that Square published.

Prota: I don’t think Final Fantasy VII should be remade. At the very least, not for now, but I’m not too thrilled of it ever happening to be honest. Final Fantasy VII is probably one of my favorite RPGs of all time. It was actually the first RPG I ever played, before I even knew what a role playing game was, so it really is a special game to me. You’ve already mentioned some of Square Enix’s recent faults: spreading their sources too thin between a large number of games currently in development, and how their established franchises have met with less than stellar criticism from their fans.

However, one of my biggest concerns is from hearing that if Final Fantasy VII were to be remade, it wouldn’t be the same game. An interview I read about the possibility of a remake pretty much made it apparent that there would be quite a bit of creative liberty involved, and that the remake would be more of a retelling. My main worry about this is that some of the charm of the original, and nostalgia for that matter, will be lost with this new transition. Especially when you consider the approach Square Enix has had with the franchise post FF7.

I think if a remake occurs, it would just feel too different to be the FF7 I remember. Cloud goes through some serious shit in this game, so some guilt and depression is more than natural given what he deals with, but I also don’t remember him pausing halfway between every sentence and being so angsty that he appears extremely one-dimensional. Heck, I remember early in the game, after spending the night resting, Tifa asks Cloud how he slept, and one of the choices you could make was something along the line of “I would’ve slept better next to you.” Or when masquerading as a foot soldier, Cloud taught the entire squadron his victory pose, with the victory theme playing in the background. It’s quirky instances like these that would be lost in translation and, if that’s going to happen, I’ll gladly replay the original any day.

Daikuma: I would like a new fighting game though. Ehrgeiz ftw!

LSlick: Hmmm…Personally I really don’t care about FF7…However from a consumer pov, it would make more sense to remake FF7 since it is in higher demand compared to what they are going to release with FFX HD. I don’t know for what reason they would do an HD port of FFX…-_____-….I think to please the fans and since they have been asking for it for a very long time… I think they should remake FF7 in that regard.

Steven “DPX”: From the consumer side it would make sense. I mean, of course if this thing gets made, no matter how bad it may be, it will sell. Hell, Sonic ’06 sold, and that game is terrible! But, even if it turned out to be a good game, this would be the most polarizing game in existence. It would be worse than Metroid Other M, and that event was really ugly. Even Nintendo’s avoiding that thing like the Plague. I remember around summer before podcast taping, we were talking about FFVII. Anthony and James said that Cloud was actually a badass in the game and was a pretty likable character (like what Anthony “Prota” described just now). But then Square changed his character into this angsty emo that does the worst William Shatner impression ever seen. There’s a good chance that Square will use that characterization of Cloud if they remake FFVII.

And the fandom of FFVII would have a colossal hissy fit with this game since they tend to feel very entitled. They’ll just spout out “Well, regarding this scene, I would done it this way.” “Oh oh, when Aerith dies, it’ll happen in slow motion.” Trust me when I say that fanons can get ugly (as much as I would enjoy seeing them get all mad and shit).

Hachi76: While I do agree that a remake of FFVII would be interesting, purely from a fanboy perspective, the biggest barrier would be how to go about “remaking” it. The game is more of a force now than anything actually regarded as a creation, if you think about it. More than any other installment in the franchise, VII has been canonized as one of the sacred creations, one that is untouchable. But to play the game now, you would see that some things need to be switched around. And since fans don’t come that much crazier than FF fans, it would be a full shitstorm. 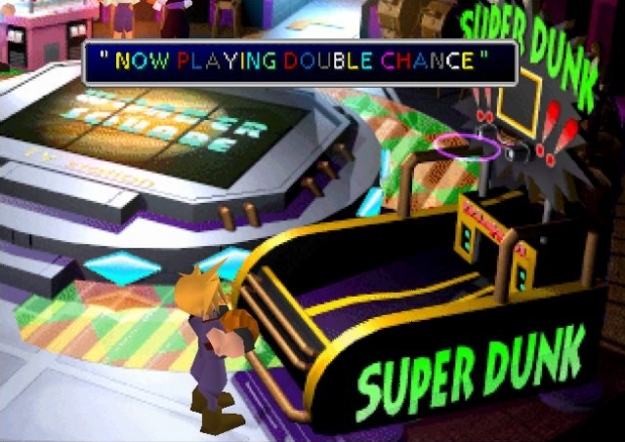 But I agree with Anthony that the characterization would be a major issue. Back before I had exposed myself to all his other characterizations, I found him to be a fascinating lead character. A psychologically complex and damaged man, who was about as flawed and imperfect a protagonist I had ever seen. Not in the Cecil or any of those other guys way where they had committed some great crime that prayed upon them. It was because he was mentally multifaceted and questionable, not a great hero or anything, just an unwell young man. He had issues, they made sense, and therefore he was likeable.

Then, all of a sudden, he’s mopey and bitchy and self-loathing and shit. No. No way. By the end of VII, he had made steps to becoming a self realized person. What the hell happened? It’s all a lot deeper than this, and I would need a verbal medium to fully express what went wrong after the original, but the biggest issue would be if Square could resist the temptation to tamper with their product.

28 thoughts on “The Captains Speaketh: Should Final Final Fantasy VII Be Remade?”