This article came out a little over a week ago (probably two by the time of publication), and I both loved and hated it so much, I knew I wanted to use it as the inspiration for some of my musical discussion. 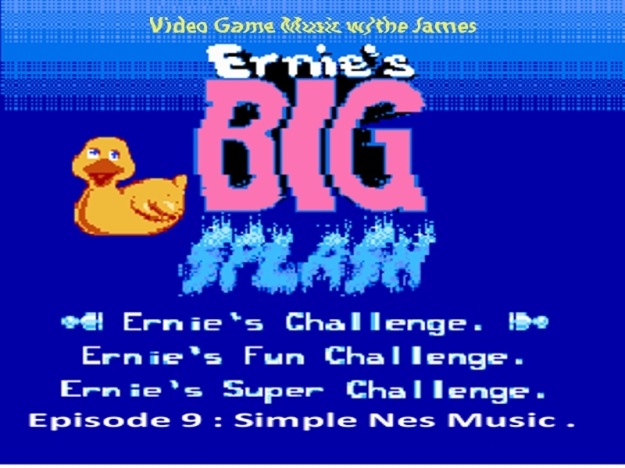 The author tells a familiar tale of how video game music just isn’t what it used to be and takes a stab at explaining one reason why : limitation.  The underlying principle, one that I somewhat agree with is that some of the greatest game music came out of composers doing the best that they could do with the sound resources they had available; in the early days of gaming, this amount was very little.

While I agree with the principle, it’s no excuse for the direction game music is taking.  Gregory admits that there are exceptions to the rule especially in the realm of Japanese gaming, but why is that?  The soundtrack for Super Mario Galaxy 2 uses an orchestra as big as many other modern games for instance, and yet its music falls far from the “disposable” category.

I started thinking a lot about the state of game music, what happened to change the nature of such music, and what we can do as composers and/or listeners to keep video game music relevant even today.

And thus I decided to go on a journey exploring different generations of game music.  Who knows, maybe there’s something to learn from all of this.

My composition teacher is a really brilliant guy.  Not sure if he would say the same about me, but I give it my best.  I bring him up because our first assignments would be to write for one instrument, gradually increasing to two, three and even four for our final.  Since the NES sound hardware can support anywhere from one to five “instruments” at any given time, and I have no clue how to make use of the sampling channel just yet, I decided it would be the perfect place to start writing.

My point is about perspective.  We tend to look back at the things that older sound hardware could not do and say it was a limitation on their part.  On the other hand, compared to sound hardware on the Atari, the NES was a huge breakthrough in audio possibilities for home consoles.  There was no time to bitch about impossible feats, composers were too busy figuring out what they could do musically.

The way I see things, the NES was a meeting point of exploration, art and science (we are dealing with electronic signals after all).  Composers didn’t have conventional instruments to work with either, they had to figure out how to make decent music with two square channels, a triangle channel, a noise (static) channel and a primitive sampling system.  As an analogy, these composers were in control of up to five “performers” to split between music and sound effects.  This gives two choices to the composer : either dedicate a performer or two to sound effects duty while dedicating the rest to music, or have the performers doing the effects contribute to the music while on standby.  They could briefly drop out of the music as sound events come and go, and then return to the music (we’ll cover the more complex stuff like that later).

For now let’s look at the simple stuff.  No sampled instrument sounds, no percussion from the noise channel, just the triangle and squares.

Very simple, and yet so hypnotic.  I like this piece first because it’s relaxing and second because it evokes an almost textbook description of contrary motion between two voices (the square melody going consistently downward while the triangle voice moves in an upward pattern).  There’s no percussion, no strong harmonic variety, no sampled instruments, but it succeeds in being beautiful to listen to and properly evoking an atmosphere to the player : one of temporary safety.

Here we have both square voices being used and nothing else.  Again, a loop is incredibly short, but the lead voice has a far more lyrical quality than in the StarTropics example, set against a higher pitched and almost ethereal sounding background.

It’s about time I add in the best Tetris song of them all.

Written for three performers (both square channels and triangle), the two square voices actually come together to form one melodic unit (something that is frequently done with the square channels), with the triangle functioning as bass.  Again, very relaxing.

I put this song in for a variety of reasons.   The triangle gets the lead voice which isn’t very common, giving the track a more pastoral feel.  Also, it’s a whole piece of music — not a short loop that gets repeated over and over.

(Skip to about 5:20… I can’t believe that Youtube doesn’t have an individual version of this track it’s one of my favorite on the list too)

When I was younger, I had a rule when buying video games :  If I can’t pronounce the title, it’s probably going to suck.  Maybe it was the bad memories from someone buying me a Gameboy copy of Nobunaga’s Ambition that did it (I still can’t wait for the Pokemon crossover though!).  The younger James missed out on a lot of quality gaming because of this.

For those who don’t know, Magic of Scheherazade is a NES game in which you go on an adventure with prince JAMS (It was supposed to be James, but it follows the FF1 four letter naming scheme).  There’s time travel and battles both in real time and RPG style.  This hybrid style is characteristic of Culture Brain and can also be found in their Ninja Boy/Little Ninja Bros.  series.

A Western Studio!  I did promise to include some western developed games, so what better place to start than Ernie’s bathroom?  Actually, this song is kinda creepy and does a good job making me not want to go anywhere near his bathtub or rubber ducky.

It feels like only yesterday that Milton Bradley was still in the video game publishing business…  Love it or hate it, Time Lord has one of the best examples of good music for only 3 instruments,  it’s intense, it’s rhythmically complex and it highlights what a little creativity can do even with a few primitive electronic waves.

Some more easily recognizable tunes that use the same principles :

Next episode I will talk about NES music with a twist!  The noise channel used for percussion in various tracks (hint : the practice was around from the very beginning so it isn’t much of a twist).

I’m sure I missed some tracks, so if one of your favorites isn’t in here and it fits the description, be sure to leave comments!