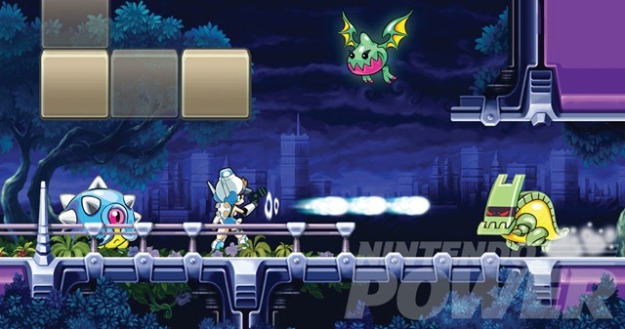 Oh WayForward how I love thee! Nintendo Power has revealed that 3DS download game Mighty Switch Force will be headed to the Wii U under the title Mighty Switch Force HD. Like its predecessor, it will be released as an eShop download on the system. And when they say HD, they mean it as the sprites will redrawn to look a lot cleaner. And boy, what they’ve shown is beautifully clean. Like, Earthworm Jim clean.

Let me fill you in quick on what the game is. Mighty Switch Force is a Puzzle Platformer where you’re a future cop trying to capture prisoners that have escaped. The cop lady has the ability to make platforms solidify and de-solidify to create platforms to jump on or knock enemies off the stage. I don’t had a 3DS, but I tried it out for a bit on James’, and I came this close to getting one on that game alone (and this was when the 3DS was still $250).

Mighty Switch Force HD is slated to launch on the Wii U eShop at the same time as the system.