Today a poster by the name of Luukyk over on NeoGAF posted up images and info that’s been supposedly downloaded from the beta of Sony’s crossover fighter Playstation All-Stars Battle Royale. From the image above, you can see that Raiden from Metal Gear Solid 4, Dante from the upcoming DmC: Devil May Cry, and Nariko from Heavenly Sword seem to be in it. Also, fan favorites Sir Dan Fortesque from Medieval and Spike from Ape Escape are in as well. Heihachi’s not much of a surpise since he’s already been revealed earlier. Some stages have also made the rounds here as well. For the stages, Columbia from Bioshock Infinite, Invasion from Killzone, Franzea from LocoRoco, and Timestation from Ape Escape are shown in the post (among others). There are also files from the Beta that suggest other characters popping in as assist characters in certain actions or are in the background (like Kuma showing up for some of Heihachi’s moves).

Part of me is kinda skeptical of these images. The stages I can believe, looks pretty legit. The characters though are… kinda questionable. However given Sony’s propensity to protect things with a spaghetti strainer, there might be some truth to the images here. You can see the images of the stages after the break. 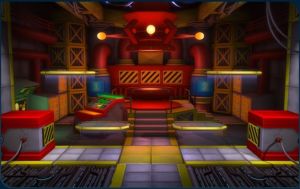