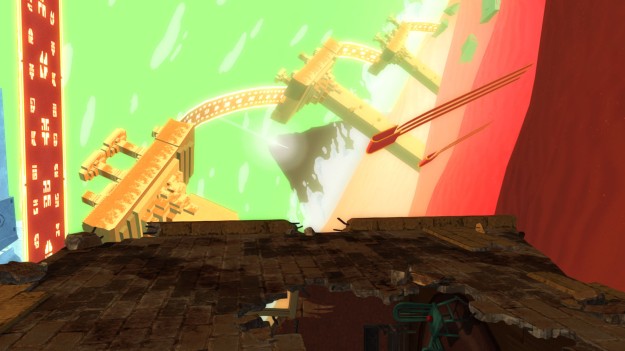 Due to lack of support and poor sales of Playstation All-Stars and its DLC characters, all future updates for the game has since been cancelled and SuperBot disbanded. As a result, former employees are coming forward showcasing what could’ve been. Last time, we saw images of Legend of Dragoon‘s Dart in the works. Now, we have an entire stage on the cutting room floor. In keeping with the mash-up theme of the PSAS stages, the stage in question was a cross between Gravity Rush and Journey. From the looks of it, the stage would start off on the Gravity Rush part. Then the side of the building would begin to tumble around, parts would start falling off, and sort of drift into Journey. Makes you wonder if there was a mash-up of Gravity Rush and Journey music. Oh what could’ve been…

Hit up the jump to see the new main menu they had planned.

END_OF_DOCUMENT_TOKEN_TO_BE_REPLACED 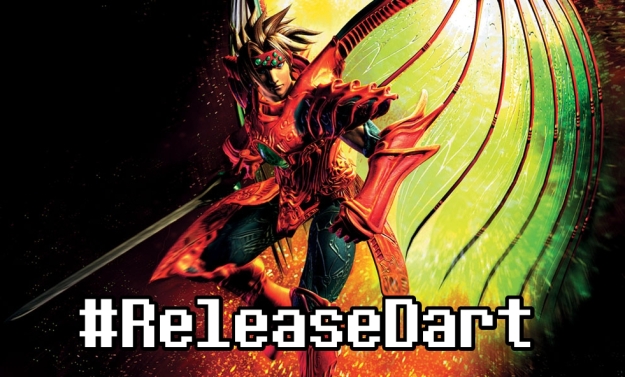 For once can we get some kind of good news regarding Legend of Dragoon? PlayStation All-Stars, Sony’s answer to Super Smash Bros., had the advantage of having more characters added to the roster post-release, something that was never done for Nintendo’s Super Smash Bros Brawl. Unfortunately, that advantage seems to have been cut short as rumors began circulating that all future DLC plans have been cancelled. Shuhei Yoshida stated this, citing poor sales of the previous DLC characters Zeus and Isaac Clark (Not sure about Kat and Emmett since they were free at first).

END_OF_DOCUMENT_TOKEN_TO_BE_REPLACED

In this episode of the podcast, we stick to our word and talk about Story Modes in fighting games. Afterward, we talk about how relevant E3 is to the the community and industry in this day and age.

END_OF_DOCUMENT_TOKEN_TO_BE_REPLACED

Fresh off releasing Kat and Emmet for Playstation All-Stars, Sony has revealed two new characters for their take on the Party Fighter genre. First up is the main villain of the God of War series and and king of the gods, Zeus. He’s being set as a hard-hitting character, dishing out large, one-hit moves that send his opponents back and yields much buildup of his meter. His level 1 super is a standard, short-range move that can take out more than one character if timed correctly. His level 2 makes him levitate, following up with an attack that’ll KO his opponents. His level 3 turns him gargantuan, moving to the background (a la God of War III) and punching out his foes in one hit. The God of War series is the first one in PSAS to have two different characters (if you don’t count Evil Cole), i.e. there’s now a hero and a villain from a game. This opens the doors for more villains (or even sidekicks) from already represented series to come in. Could we be seeing Baron Praxis next?

END_OF_DOCUMENT_TOKEN_TO_BE_REPLACED 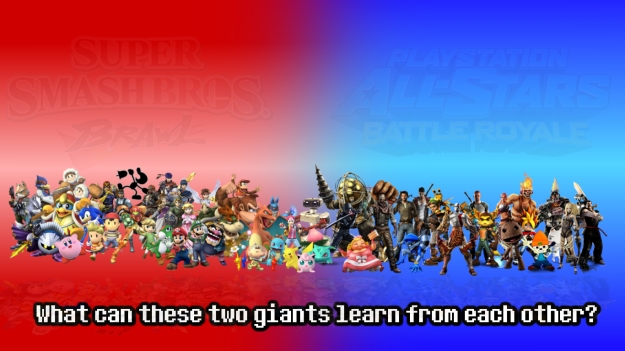 As soon as Playstation All-Stars was announced and shown, the world erupted into what could be called a fanboy clusterfuck. While other games using the Smash Bros. formula have popped-up, most notably Jump Superstars, They’ve not garnered the vitriolic fervor that PSAS has gained. Being the level-headed console/pc agnostic I am, I was curious what developer Superbot would pull off. Super Smash Bros. has been largely uncontested in this genre of fighter, so seeing Playstation All-Stars, at first party attempt, appear as a contender can only be seen as a good thing for both games. As they say, competition breeds quality that is passed on to the consumer. And now that we have the console giants duking it out, what can these two games learn from each other?

END_OF_DOCUMENT_TOKEN_TO_BE_REPLACED

If there’s one thing I can say about Playstation All-Stars, it’s one big sausage fest. Even Fat Princess notices how many dudes are in this games. So the ladies’ side will get a newcomer in the form of Kat from Gravity Rush. Released on the PSVita, Gravity Rush saw Kat manipulate gravity to lift up objects, run up walls, and hurl herself at enemies with devastating kicks. She’ll be bringing her gravitational expertise to the ring in Playstation All-Stars.

Joining her is Emmett Graves from StarHawk, the sequel to PS3 version of WarHawk, In StarHawk, on top of taking down enemies on-foot, you were able to pilot mechs that could both walk and fly. In Playstation All-Stars, Emmett brings a mech with him for his level 3 super. The kicker is when it ends. It’s not quite over as the mech will fly by one more time to drop three bombs on the whole battlefield.

Both characters will be available on February 12 and will be free for two weeks ($3 afterwards). So remember that date if you want to avoid paying. Trailer for Emmett after the break.

END_OF_DOCUMENT_TOKEN_TO_BE_REPLACED

Okay, now we can do this a little more properly. Sir Daniel Fortesque from MediEvil and Nariko from Heavenly Sword have been formally revealed as the next new characters in Playstation All-Stars. To see how they play, you can go to the previous reveal article to get an idea (the video is live again). That’s Sir Daniel up there. Nariko is after the jump.

END_OF_DOCUMENT_TOKEN_TO_BE_REPLACED

In a gameplay video by Gamespot, they show off two new characters for Sony’s upcoming mascot fighter Playstation All-Stars Battle Royale. First is Nariko from Ninja Theory’s Heavenly Sword. Nariko’s moveset looks similar to Kratos, which makes sense considering the weapons are what originally inspired her game’s creation. Her level 1 Super is pretty effective when everyone’s crowded around. With her is Sir Daniel Fortesque from the PS1 classic MediEvil. He looks to be the heavy hitter in the bunch and prefers close combat. His charge can really close the gap between him and his opponents.

It’s live again now that Sony has introduced them. But I’ll keep the pictures up. Hit the jump to see them.

END_OF_DOCUMENT_TOKEN_TO_BE_REPLACED 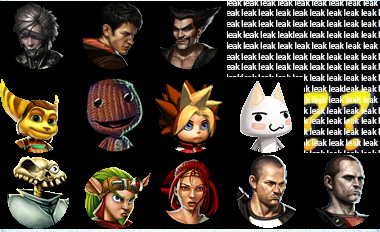 Today a poster by the name of Luukyk over on NeoGAF posted up images and info that’s been supposedly downloaded from the beta of Sony’s crossover fighter Playstation All-Stars Battle Royale. From the image above, you can see that Raiden from Metal Gear Solid 4, Dante from the upcoming DmC: Devil May Cry, and Nariko from Heavenly Sword seem to be in it. Also, fan favorites Sir Dan Fortesque from Medieval and Spike from Ape Escape are in as well. Heihachi’s not much of a surpise since he’s already been revealed earlier. Some stages have also made the rounds here as well. For the stages, Columbia from Bioshock Infinite, Invasion from Killzone, Franzea from LocoRoco, and Timestation from Ape Escape are shown in the post (among others). There are also files from the Beta that suggest other characters popping in as assist characters in certain actions or are in the background (like Kuma showing up for some of Heihachi’s moves).

Part of me is kinda skeptical of these images. The stages I can believe, looks pretty legit. The characters though are… kinda questionable. However given Sony’s propensity to protect things with a spaghetti strainer, there might be some truth to the images here. You can see the images of the stages after the break.

END_OF_DOCUMENT_TOKEN_TO_BE_REPLACED

There sure are a lot of crossovers going on. And I do love me some crossovers. A crossover between all of Sony’s characters was something I’ve been waiting for for the longest. After the success of Marvel vs. Capcom and Super Smash Bros., I’ve been waiting for something like this to happen. Back then though, there wasn’t a lot of characters to go around in the Sony department. But now, that roster has grown and a game like this is now possible. From the outset you can see that this game is heavily, heavily inspired by the Smash Bros. series, right down to the color and arrangement of the HUD (except for the timer, which is at the bottom). Even the physics seem to resemble that of Smash Bros. Brawl. But Sony seems to be doing a few things differently to make it stand out a bit.