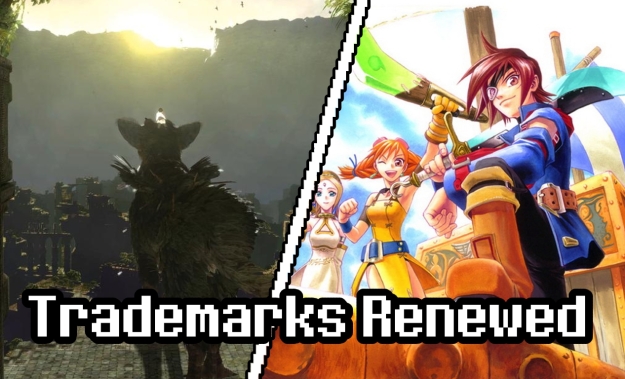 Two trademarks, from two companies, for two hard to grasp games got renewed. First was The Last Guardian from Sony. The ever-tardy game from Team ICO had its trademark expire, making everyone fearful that the game was going to be cancelled. The fear was made worse when reports arose that Kenji Kaido, a Producer at Team ICO, had left Sony and the team. It the midst of all the fear and speculation, Sony reports that they had actually renewed their trademark the same day it expired. So there’s still hope yet for the game’s release.

The other trademark that got renewed was Skies of Arcadia. NeoGAF user Jcgamer60 unearthed a trademark renewal form from Trademarkia. The trademark was renewed on July 11, 2012. One would think that this would mark a Summer release. But today’s Labor Day, and nothing’s come out of it. Fall release perhaps? This high-flying sky-pirate RPG was first released on the Dreamcast to rave reviews and gamer praise. When the Dreamcast fell, it was was ported to the Gamecube as Skies of Arcadia Legends. Both times the game had a limited release (former because of the console’s abrupt end, latter because… well who knows). So many never really had a chance to play this game the two times it was released. I almost had a chance myself back then. The closest anyone had to play the game was in Valkyria Chronicles where Vyse and Aika were available to recruit into Squad 7. This might become the best chance for many (including me) for finally play this game and see what all the hubbub was about.

Panic Not, SCEA Filed Another “The Last Guardian” Trademark [TheSixthAxis]