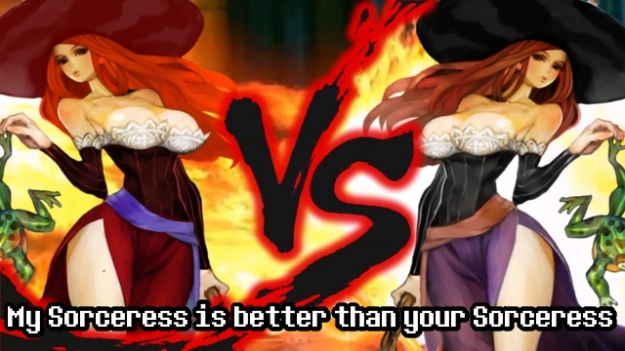 Remember that mode in Double Dragon on the NES that allowed to to fight against your pals as either Billy or Jimmy? If you do, then this should be a pleasant surprise for you. It’s been confirmed via Famitsu (translated by Siliconera) that Dragon’s Crown will have a Player vs. Player mode in it where you can duke it our with others either locally or online. The article doesn’t state what kinds of matches are possible beyond a 4-player battle royale, but I’d imagine that other kinds would still be possible, like 2 vs. 2, handicap matches, etc. Since it’s possible to play as the same characters in the regular mode, I’m assuming the same can be done here.

Since this article is running a bit short, let’s talk about some of the updates that appeared on the main website. The more info we get, the more we see that the structure of gameplay is similar to Etrian Odyssey. Even Atlus confirmed this as you’ll be building up your character (and your party if you’re planning with others) and taking on different quests given out by the townsfolk. So far, it seems like the main quest giver is the Guildmaster, Samuel. Princess Vivian and Prime Minister Gustaf will also give you tasks to take on.

The game is also coming with a voicepack that, thankfully will be free for a limited time after the game’s release. Alternatively, you can opt out of buying them and unlock them yourself through fulfilling certain tasks.

Finally, the site’s been updated with a lot of new artwork. I’ll probably post these later on.

The game is release in North America on August 6th. Those who pre-order get an artbook guest-starring artwork from some of Capcom’s finest artists.

Dragon’s Crown Has Arena For Player Vs. Player Fights [Siliconera]