And so after a week of teasing ally radio chatter, the trailer for Ace Combat Infinity has finally released. The trailer is short, and seems to tell us nothing. However there are a few things here and there that some fans may recognize. So watch the trailer above first. Then when you’re done, hit the jump and we’ll take a close look at some of the things that flashed by.

So first we see the tagline that was shown on the Ace Combat Facebook page. What sorta flew over our heads was that “fell” was spelled “fe||”. Some suspect this could symbolize parallel universes. 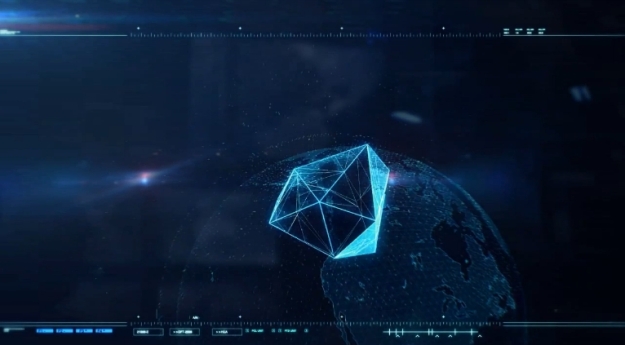 After the project Aces logo appears, we see was is definitely a meteor coming down from space, referencing what the Ulysses meteor did in the Ace Combat storyline. Yet…

…That’s not Strangereal. That’s clearly North America about to get hit by a meteor. It seems like once again this Ace Combat game is set in the real world, much like Assault Horizon. While it seems we can pretty much guess where this is going, being a real world setting and all, a quick series of images begin to flash, some of which might seem familiar.

What’s this? Could this be Stonehenge from Ace Combat 04? Comparing this image to what is shown in AC04, both have eight cannons in a circle. While it looks different here, this could be a simple schematic for something like mission briefing.

Now we see years counting upward. This is the farthest year I can catch before it changes to another image. But this could be counting through a timeline of events. And yes, the globe in the back still depicts our world.

Yet another familiar sight is flashed, this time it’s what appears to be the frontside of the flying aircraft carrier, Aigaion from Ace Combat 6. 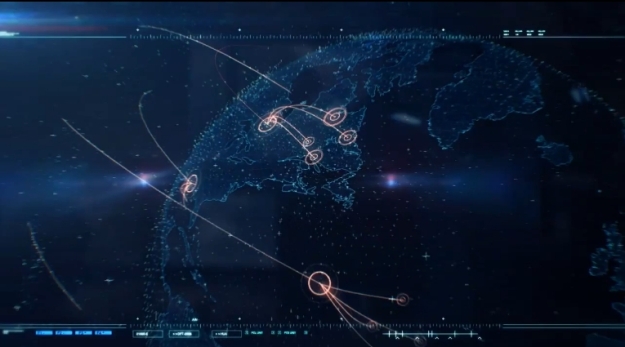 Here’s some more of that globe from earlier, this time with what could be interpreted as meteor fragments breaking off upon impact and bouncing to other areas, or a weapon that fires multiple, high-damage missiles. 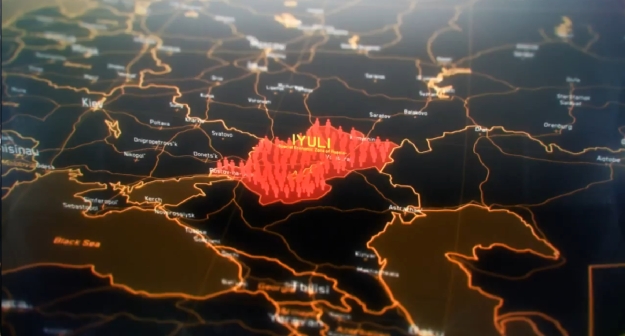 Judging by the Black Sea being there, this would be Russia. Highlighted is an area called Iyuli. If you click on the image for a larger, somewhat clearer view, we can see under it it says “Special Economic Zone of Russia.” The figures appear to be people, possibly casualties from something since they’re highlighted in red.

Probably most telling of all is this large crater. Now, one can assume that this might’ve been caused by a nuke. But since we’re seeing meteors and defense systems, this could very well be an impact crater caused by a meteor. 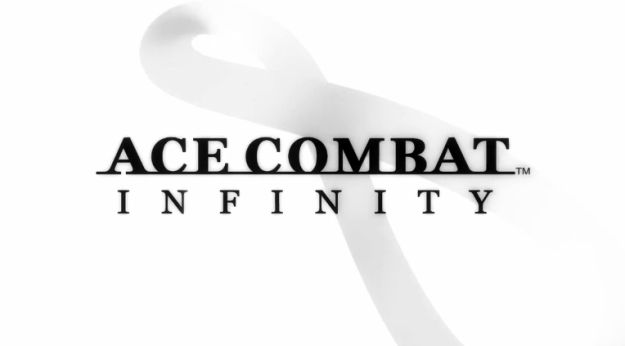 And finally here’s the logo. Nothing too exciting here, but there are a few things to take note. One is the font of the title. While Ace Combat: Assault Horizon has the connecting underline from Ace Combat Zero and 6, the letters themselves are once again using the font that was used in AC5, 6, and Zero. And finally there’s the infinity symbol in the back. Of course, this could also be interpreted as a mobius strip creating the symbol, reference the hero of AC04, Mobius 1. Heck, the patch had an infinity symbol right on it!

And so what does this all mean? Well, on the one hand, the setting looks to be on Earth again. But on the other hand, we see things related to Strangereal. Perhaps this could be a retelling of meteors falling down, but this time using Earth as the backdrop instead of Strangereal. But that “fe||” business throws a wrench at the whole theory. Maybe this is a parallel world thing going on? Or maybe it really is just a retelling? Who knows. We’ll know further as time goes on.