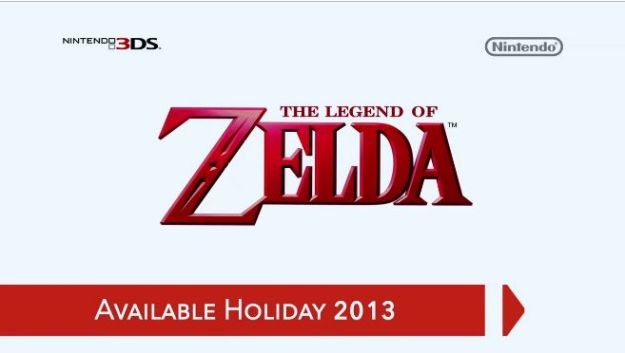 The very last announcement for today’s Nintendo Direct came from the Regginator himself. He called back to how he views A Link To The Past as his favorite game of all time (it’s my second favorite Zelda game, behind Wind Waker). With that in mind, he showed off a new game that’ll take place in the same Hyrule as depicted in A Link To The Past, this time with 3D graphics. Gameplay and movement is the same as it was in A Link To The Past (and Phantom Hourglass/Spirit Tracks minus the stylus control). Sporting his classic Brown/Green tunic from the original game, Link will traverse the land of Hyrule in oldschool fashion. However height will now play a bigger role than before. On top of this, Link can become a 2D picture on the wall and turn corners that he wouldn’t be able to otherwise. Think Sideways NY, but with a lot more Zelda.

Currently Nintendo of America hasn’t chosen a name for this sequel, but Nintendo of Japan is currently calling it Triforce of the Gods 2 (referencing ALttP’s Japanese name). Will it be called A Link To The Past 2, fall prey to the punny A Link 2 The Past, or will we get an entirely new subtitle? The game will be made available for the 3DS around the holiday season of this year.