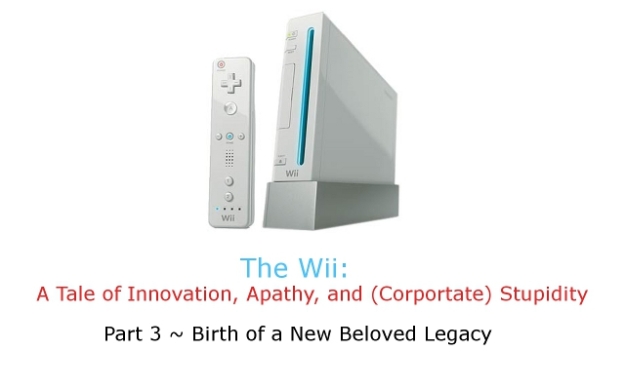 With the dawn of a new Nintendo E3 conference upon us, I thought this would be a good time as ever to round out this short series of articles. Now, in the other two parts I talked about the things that Nintendo and third parties did wrong. Well, now turn to the flip side of the coin and talk about what went right with the Wii. It goes without saying that as much as Nintendo and third parties frustrate me in certain aspects, I still like my Wii more than my PS3. With that said, let’s take a look at what the Wii did right.

Ever since the revelation of the Wii Remote, we all knew motion as going to be the top player for this console. Waving the remote in certain manners manipulated the action on screen. Some games got it right, others completely f-ed it up. But to me, the real star of the show was the Pointer. Yes, that little IR sensor at the front of the Wii-Mote (which, by the way, the sensor bar is for the IR, not the motion). This feature is the unsung hero of this generation, as it rectified many things that, in hindsight, we now see as annoying. Firstly, menu navigation was a breeze. It made it quicker to aim and select what you wanted on the screen, especially if there are a lot of options on the screen. Second, no need for a light-gun. Light-Gun games (aka On-Rails Shooters, or Arcade Shooters) enjoyed a bit of a revival this generation, with games like House of the Dead: OverKill, Dead Space Extraction, and Resident Evil: The Umbrella Chronicles (and Darkside Chronicles). One thing that made light-gun games inaccessible in previous generations was the need to actually buy a light gun. It took up more space, probably got lost, and it was probably expensive. To make matters worse, not many games would come out supporting the light-guns. The ultimate icing on the cake is that light guns don’t work on HDTVs, at all. 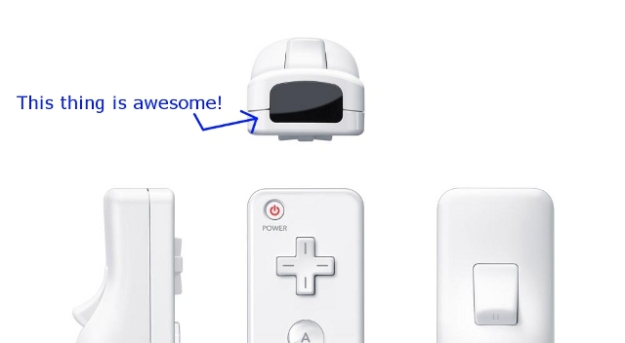 The IR Sensor made things easier to navigate and easier to aim.

Finally, the best thing the IR pointer was used for was for First-Person shooters. Now, you’re going to be in two camps here: you love it or you hate it. I love its implementation for FPSs. Many people know the whole debate PC and console gamers tend to have with themselves over FPSs. “I rock the sticks son!” “The mouse and keyboard are better!” Well, now we have a middle ground with the IR pointer, as it is the closest console gamers will get to PC controls. Aiming in games like The Conduit and Resident Evil 4: Wii Edition was smooth, and headshots were a breeze to pull off (way easier than dual sticks). I actually had some trouble playing games like BioShock and Mirror’s Edge whenever I would transition back and forth between sticks and IR. Of course, it goes without mentioning that the IR pointer did have its problems, namely its tendency to freak out if there was bright ass sunlight in your room. Also, you kinda had to be sitting up if you wanted to aim good. A Destructoid community member also mentioned the separation of the left and right side of the controller. I’d look for his blog, but all the E3 blogs pushed his down by a huge margin. Hopefully later generations will implement something like the IR Pointer for their controller. It doesn’t have to be an IR pointer exactly, but something like it to allow for fluidity with the above mentioned. 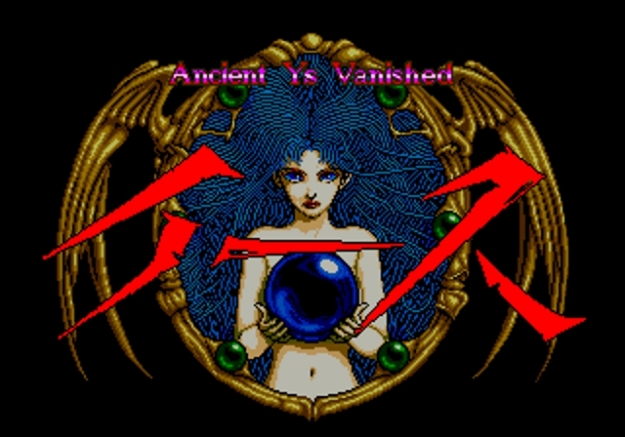 The next thing Nintendo did right… the Virtual Console. Okay okay, people are gonna tell me, “why not emulate those games?” Thing is, I still feel a need to support the games that I like as a real hardcore. While yes, the games might be grossly overpriced, it opened the doors for a younger generation to play the games we played on a bigger screen (and not a tiny computer screen). the Virtual Console also may have been the very beginning of the HD Remake/Sequel trend happening today. People showed interest in old games, they got remade/sequel’d on WiiWare, and it started a revolution that spread to other consoles. There may have been something earlier on the other consoles, but I know WiiWare had the most out the gate, with games like Castlevania: The Adventure Rebirth, Contra Rebirth, Star Soldier R, and Blaster Master Overdrive. VC also gave me a chance to play games that I heard about a lot but never really had a chance to play, like Secret of Mana, Ys Book 1 &2, Gate of Thunder, and Splatterhouse.

Next, let’s talk about the legacy of games the Wii has, the small niche pocket that became the sweethearts of the gaming community and slowly raised to either cult fame or mainstream fame. 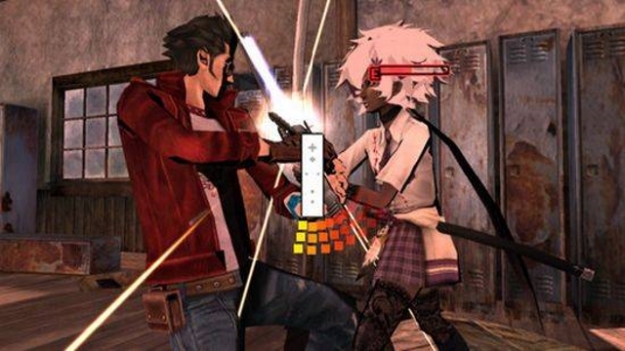 One of the first cult hits on the Wii, No More Heroes was a batshit insane game with an otaku, a beam katana, and a goal to get laid. The storyline and gameplay was over-the-top, and it made smart use of the Wii’s motion controls, letting you use motion for the finishing blow. The game was released in the US, coming out of an abysmal launch in Japan. It gained enough attention from the Wii crowd that a sequel was made and released last year. NMH also had so much of a following, it gained an HD port on the 360 and PS3. So as much as “hardcore” gamers don’t want to admit it, they did like a Wii game, and it’s coming to their “real console.” 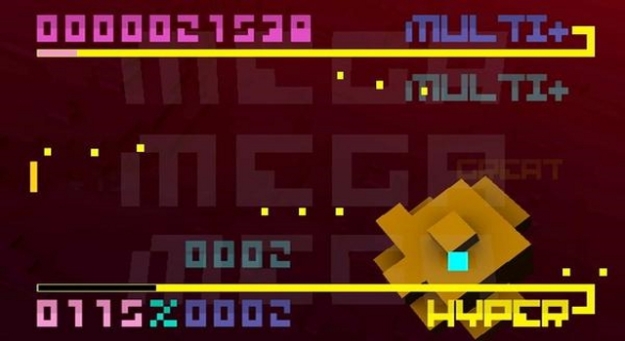 Next up is the Bit.Trip series. The first game was released during a sort of Retro Revival that was prevalent on the Wii. The Poster-Child for WiiWare, the Bit.Trip series challenged gamers with each entry, changing up gameplay and how to play with every entry that came out. Beat had you tilting the Wii-Mote, moving a pong paddle and bouncing “beats” back. Core had you using the control pad, intercepting beats as they crossed your path. Void used the analog stick, collecting black beats, and avoiding white ones. Runner tested your reflexes as you had mere seconds to jump, slide, and kick your way to the end. Fate turned the Shmup genre on its head by being on a rail, and you used the IR pointer to aim your reticle. And finally, Flux returned to its roots, bring with it all the advancements the series made with each entry that came out. Now, the entire series will be released for retail on the 3DS under the title Bit.Trip Saga. 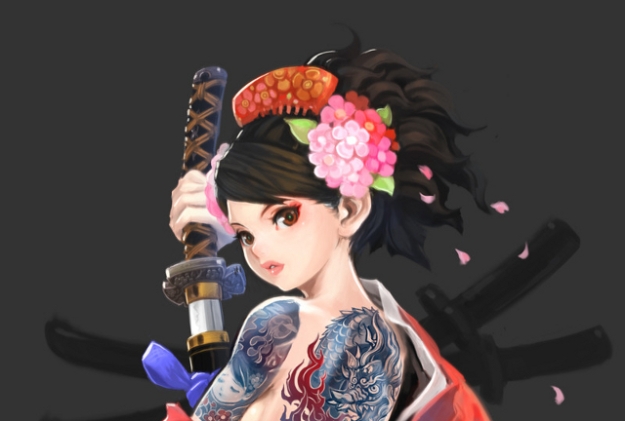 Muramasa: The Demon Blade graced the Wii with ts breathtaking 2D visuals, a staple for developer Vanillaware. Its existence on the Wii serves as a godsend, as a game like this probably wouldn’t have had a chance on the other consoles, at least for retail. This was also a testament that 2D is still very much alive and well on consoles and that you don’t need all the HD horse-power to make a beautiful game. Of course, Grand Knights History is coming out on PSP, which kinda defeats my statement. the game itself combined simplistic controls with fast paced action, making the game easy to play, but difficult to master. 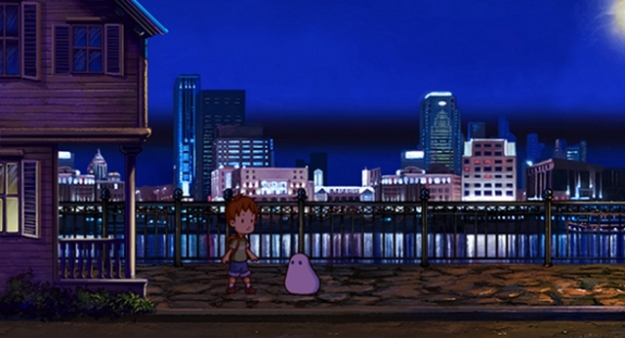 Unfortunately, I never played the new A Boy and His Blob, but from what I can see, this was something that WayForward enjoyed doing, and was another example of 2D being alive and well on a console. The game also has a hug button. Gears of War could use a hug button. 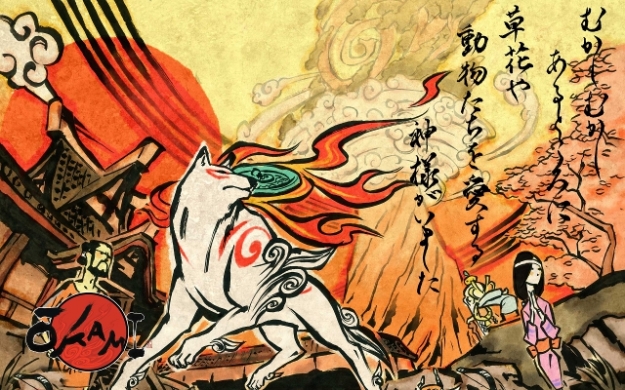 Okami on the Wii was, in my opinion, the definitive version of the game (the European one is even more definitive as it restores the Credits sequence that the US version lacked). Upon revelation of the Wii remote and what you could do with it, many people were contemplating what games at the time could use it. There were three that commonly came to mind. The first was The Legend of Zelda: Twilight Princess. The second was Resident Evil 4. And the last was Okami. Using the IR pointer for the Celestial Brush techniques just made sense, and made painting faster than if you used the analog stick (although the person who thought waggle for attacking was a good idea should get his ass whooped). The game did lose its parchment filter quite a bit, but it made the colors more vibrant than before. You could also skip cutscenes in this version of the game, and supported widescreen. 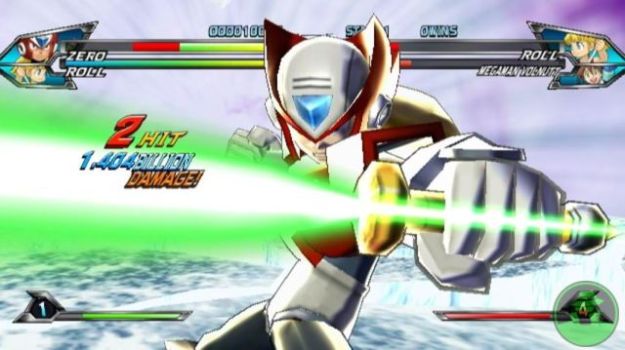 Tastsunoko vs. Capcom, one of the few fighting games on the Wii that was pretty damn good. The fighting game also gave players multiple controller options in the same vein as Super Smash Bros. Brawl. Hardcore fighters tend to discredit this game with its 3-attack-button layout and its cel-shaded look (yet they bought MvC3 and its cel-shaded too). But its popularity in Japan, and its subsequent release in the US, was an important milestone, as a previously “definitely Japan-only” game was released worldwide as a result of fan demand on the Wii. It also gave Wii gamers a fighting game to play besides Brawl. Now if only Nintendo would do something about their Japan Exclusives. Also, Tatsunoko vs. Capcom opened up a new generation of fans for Tatsunoko’s properties with US releases and revivals of anime like Gatchaman (aka G-Force), Casshern, Tekkaman Blade (aka Teknoman), and Karas. 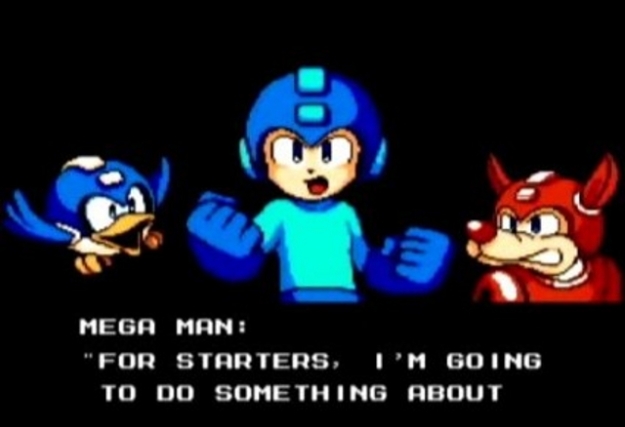 Megaman 9 was a another gem. Okay, we know it’s also on the PS3 and 360. But most people ended up playing it on the Wii. This entry in the long-running Megaman series rekindled the flame for the then fading Megaman series. It also (probably single-handedly) kicked off the Retro Revial era that saw the Rebirth games and the Bit.Trip Saga, and retro revivals on other consoles as well. It also rekindled the interest in Nintendo Hard games.

Some honorable mentions: Lost Winds, World of Goo (also on PC), The Raving Rabbids series, Strong Bad’s Cool Game for Attractive People, Boom Blox, MadWorld, House of the Dead: Overkill, and de Blob, and some of the games I already mention in the above paragraphs. And also, the games made by Nintendo. I refrained from mentioned them since I wanted to specifically focus on third parties.

And there you have it. Not everything was all doom and gloom for the Wii. Yes, the Wii got many things wrong, but it also got some things right. In some ways, I’m happy the Wii came out, as it broke the mold of traditional gameplay and allowed for some creative (read crazy) ideas for story and gameplay that probably may have never seen the light of day earlier this generation. I sometimes imagine how the gaming world would be like now if the Wii wasn’t released, and I tell you it’s a scary thought to have. If there one thing that I’m to happy to compare the Wii to the Dreamcast with, it’s that they both had a videogame legacy that won’t be forgotten.

1 thought on “The Wii: A Tale of Innovation, Apathy, and (Corporate) Stupidity ~ Part 3”