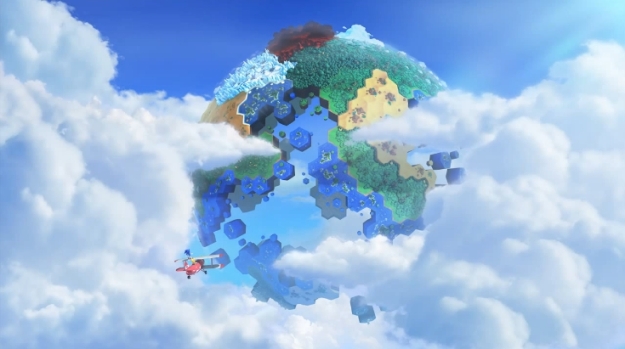 Another Nintendo Direct has gone by this morning. It wasn’t long, but it offered some new info on games we already knew about, namely some release dates on long awaited games. There were a couple of reveals too involving Sonic The Hedgehog. Before we jump, let’s talk about the teaser image up there. It’s from the next game in the Sonic series, titled Sonic: Lost World. So what exactly are we seeing there? Well there’s Sonic on top of the Tornado (most likely piloted by Tails). But then there’s this fractured globe, connected by hexagon-shaped landmasses. There’s some aquatic areas, some plains, a forest, an ice cap, and volcanic areas. There’s also two desert-like areas, probably one resembling a standard desert and the other a more rugged, American-styled desert.

Iwata states that Nintendo is partnering with Sega for this venture. It’s not certain how deep this venture goes, but we do know that Sonic: Lost World will be exclusive to the Wii U and 3DS.

More on Nintendo Direct after the break.

Iwata revealed the next entry in the Mario and Sonic Winter Olympics series, which takes place in Sochi next year. New to this is Pairs in Figure Skating, Slopestyle for Snowboarding, and a Biathlon event where players move from skiing  to rifle shooting, changing to another control scheme (like Wii Remote to Gamepad) in the process. There’s also Dream Events that take place in the Mario and Sonic worlds. Finally, the craziest addition is the Mixed event that sees the cast randomly switching between Skiing, Snowboaring, Skating, and Bobsledding in a single race.

In the last bit of Sega news, Iwata announced that more Game Gear games will be coming to the 3DS Virtual Console. Iwata indirectly acknowledged that the selection of Game Gear games is small, so the games you see above will be added as time goes on. 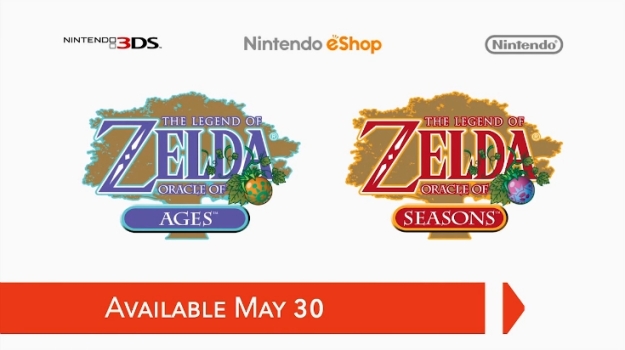 Next, JC Rodrigo from the Nintendo Treehouse took over a bit to talk about more Wii U and 3DS games. First up was the release date for The Legend of Zelda Oracle of Ages and Seasons on the Virtual Console. They’ll be available on May 30th for $5.99 each. However, for the first three weeks of release, they’ll be on sale for only $4.99 each.

After talking a bit about the level creation features of Mario vs. Donkey Kong: Minis on the Move, he moved on to Donkey Kong Country Returns 3D and the 8 extra stages you can unlock. The new stages are part of the 9th world, called Cloud Gateway, and are based on the theme of each world before it. It’ll be available on May 24th. 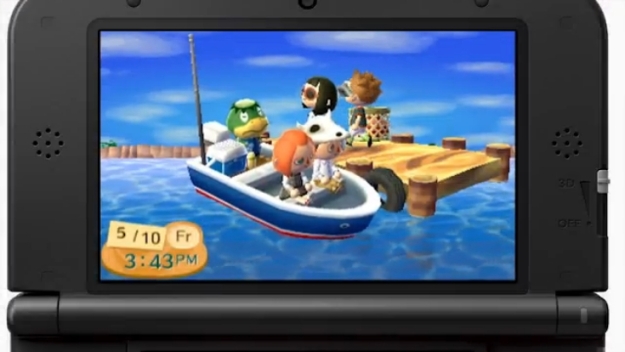 Next up was Animal Crossing: New Leaf, and JC mentioned that since there’s so much to talk about in regards to the game, they’ll be releasing a series of episodes with the localization team on the things you can do in the game. They’ll be in Nintendo’s Youtube channel and eShop.

Game & Wario was touched upon, with a new minigame being revealed where you launch Fronks at a target. You can try getting as many points as possible, or be a douche to your friends and knock their Fronk off the platform. There’s also another minigame called Patchwork starring Kat and Anna where you piece together pixel shaped puzzle pieces to form an image, like horse or 8-Bit Mario. Finally, there’s Kung-Fu starring Young Cricket. He’ll jump from platform to platform, but the TV only has a camera behind Young Cricket. The gamepad has a downward facing camera angle showing you where you’ll be landing. Think SNES Pilotwing’s Rocketbelt bonus stage, but without the constant need to press R.

Iwata took over once again, revealing more info on Resident Evil Revelations for the Wii U. Unlike the PS3/360 versions of the game, the Wii U version will play closer to the 3DS version thanks to the Gamepad’s touchscreen. You can also play the game in Off-TV mode. However like PS3/360 versions, players will have the option to play using the Wii U Pro controller. The game will be available on May 21st. There’s a demo available now on all three consoles.

Iwata talked a bit more about the NSMB U expansion, New Super Luigi U. The game will have the co-op we all know and love from the regular game. But since Mario’s not in the game, taking his place is Nabbit, the Toad House thief. Nabbit is essentially an Easy Mode character as he can’t get hurt by enemies and hazards. At the same time, he’ll be unable to collect power-ups, only gaining points from them. This also makes him somewhat of a troll character since power-ups have no effect on him, making friendly trolling much more plausible if your friend is in desperate need for a Mushroom. 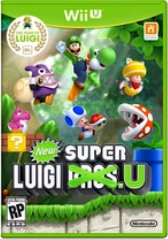 Next up was a confirmed release date for Hideki Kamiya’s The Wonderful 101. It’ll be available on September 15th. It’s also sporting a finalized logo, and dear lord is it sexy! 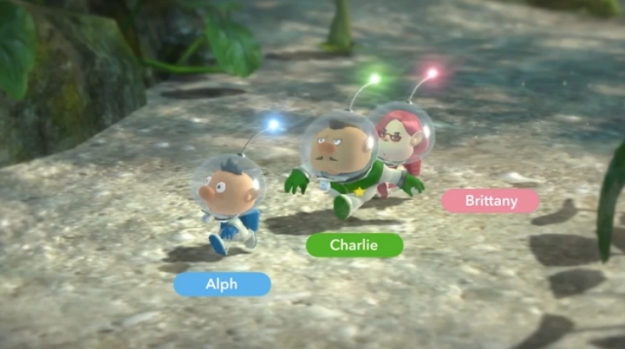 Next up with Pikmin 3. It was revealed to us back at New York Comic-Con that the character James was controlling was actually not Olimar, but a new character. We’re finally getting the name of that character, and his is Alph. He’ll be joined by two other characters as well, Charlie and Brittany. After months of speculation, we finally see what will be done with the Gamepad. Though it’s predictable that the second screen would have a map of the place you’re in, you can also check up on the status of your partners elsewhere on the map to see if they’re in trouble. You can tell your partners to go so a specific location should the need arise. You can also check up on any Pikmin that are carrying materials back to the spaceship to make sure they’re okay. 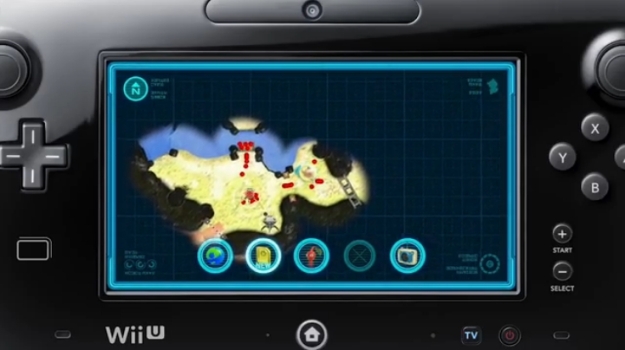 As for the story, it’s rather dark and kinda sad. Instead of paying off a debt like Olimar, The planet these new characters come from, Koppai, is dying due to limited resources. As Alph, Charlie, and Brittany were setting off to look food to help their planet, they crash land on a planet full of Pikmin. With the help of these Pikmin, they realized that the materials on this planet could be used to help Koppai. 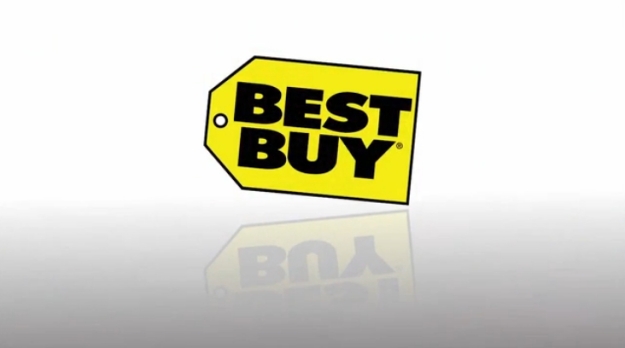 Finally Reggie took over to share what Nintendo has planned for E3. They will not have a grand Press Conference like previous years, but instead will have a Nintendo Direct showcase around the time of E3. The icing on the cake is that Nintendo has partnered with Best Buy to have demo stations set up with games that they will feature at E3. “This year, we’re making E3 for the people,” Reggie states. “We’ve partnered with Best Buy to make it possible for consumers in the United States and Canada to experience select, unreleased Wii U games at more than 100 retail locations during the week of E3.”

You can check out the Nintendo Direct video in full by clicking here.