In the midst of all the hoopla surrounding the launch of the Wii U comes a silent announcement that starting on November 25th, 2012, Donkey Kong Country 1, 2, and 3 will be removed from the Wii’s Virtual Console. News of this came first from Nintendo Life from Twitter user NintenDaan who received a notice on the Wii Shop Channel. It states, “Hello, We would like to let you know you that the following titles will become unavailable for purchase on 25/11/12: Donkey Kong Country, Donkey Kong Country 2, Donkey Kong Country 3.” There was no prior warning as to why these titles were being pulled. Initially it seemed to only affect Europe. But it’s been confirmed that NA’s Virtual Console will also be lacking the Kongs.

There are already questions swirling if it has something to do with Rare being the original developers of these games. For those people who believe this, go here. It’s kinda sad to see these apes go. Without ’em on the VC, I wouldn’t have been able to play DKC 1 again after it bit the dust in my childhood. Or play DKC 2, the one game that’s eluded me for an extremely long time. Yeah yeah there’s emulators, but it’s nothing compared to actually playing these on a TV screen. If you haven’t played these games yet and have no plans to get the original carts, buy these three now before November 25th. If you have them still, hold on tight to them. And be sure your little Pikmin friends transfer those games safely to your shiny new Wii U if you get one! 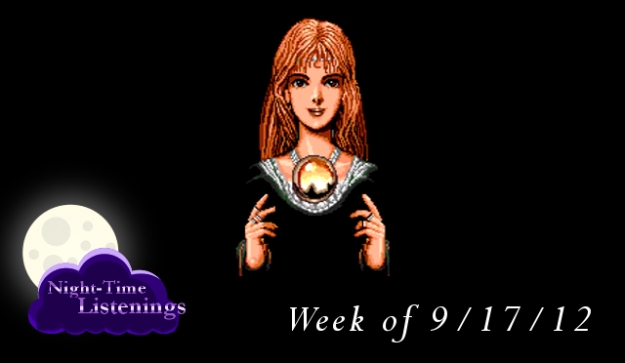 After a one week break, Night-Time Listening made a comeback. This week was the week of Remixes. We kicked things off with Stickerbrush Symphony remis “Brambles in the Breeze.” We then battled to the bitchin’ riffs of S.S.H. and his remix to Final Fantasy VI’s Boss Battle. Vincent Rubinetti makes his second appearance on Night-Time Listenings with his remix of DKC3’s Nuts N Bolts, “Grinding Gears”. We played some demonic pinball with Sword of Justice’s remix of Devil’s Crush’s main board theme. Then we wrapped up the week with a trio of remixes from three unlikely sources. What were the? Well hit the break and check it out!

END_OF_DOCUMENT_TOKEN_TO_BE_REPLACED 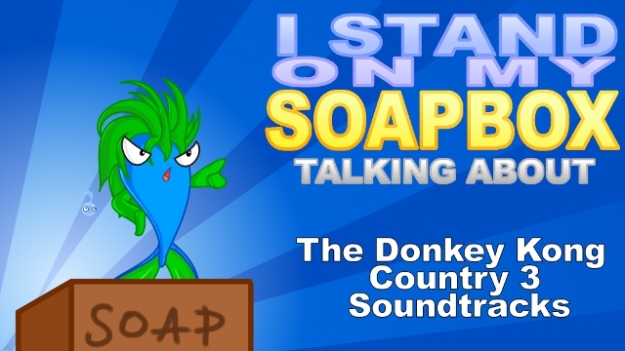 Ah Donkey Kong Country 3. Many consider this game the Super Mario Bros. 2 of the Donkey Kong Country series, the sort of outcast that not many people remember. I mean, it came off the heels of Donkey Kong Country 2, and was released the same year the N64 came out. Like its following and fan reaction, its soundtrack was met with… okay ratings. While there were some memorable tunes from this entry in the series, it was obvious that some was… missing. Maybe its because Eveline Fischer did most of the composing and not David Wise (no offense to Fischer). Maybe it’s the relatively new setting for the Kongs.Years later, facing audio issues for the GBA, Nintendo saw this and brought back David Wise to redo the entire soundtrack of DKC3 for its GBA release. And then… a fanbase split ensues!