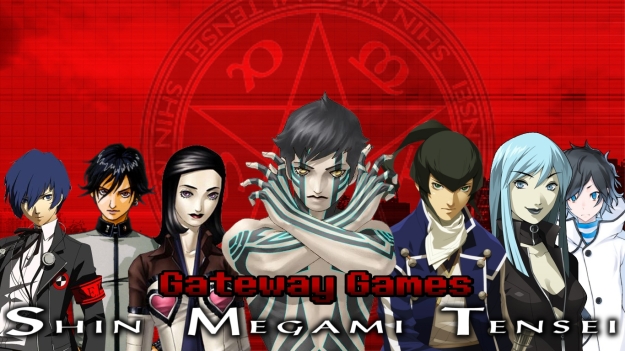 Welcome to Gateway Games. This is a series where I talk about games that either got me into a series or an entire genre. For a series, I had to have played a later game in the series lifespan. For Genre, any game of said genre would do (except if they were the genre starters).

Like many of us on both The Wired Fish and beyond, most of the gaming populace spent most of their gaming lives knowing next to nothing about Shin Megami Tensei (MegaTen or SMT for short). Sure we’ve played Final Fantasy, Dragon Quest, and Phantasy Star, but nothing on the then Japan-Only SMT. The series had some of its entries make it over here, like Persona, Last Bible (under the name The Demon Slayer), Jack Bros., and DemiKids, but they were part of different sub-series of SMT, and all of them except DemiKids didn’t have the Shin Megami Tensei name in it. The first mainline game to make it over was Shin Megami Tensei: Nocturne, followed by the sub-seires Digital Devil Saga, and the series’ big break in the West, Persona 3. This is where we begin this first entry of Gateway Games.

END_OF_DOCUMENT_TOKEN_TO_BE_REPLACED 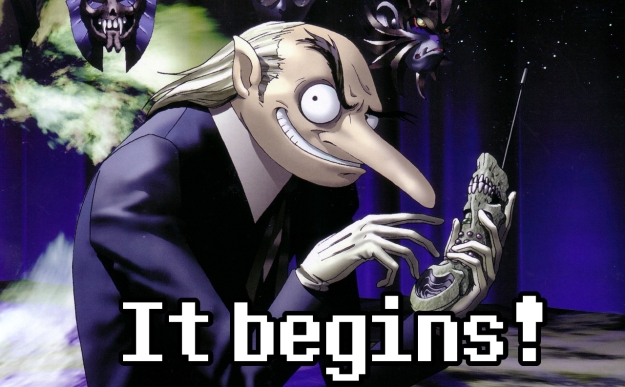 Fresh off of the Japanese release of Shin Megami Tensei IV, it’s been confirmed via NeoGAF that Index Corp., the parent company of Atlus, had registered persona5.jp. Currently the domain leads to the domain registrar’s site, Onamae (think Japanese GoDaddy in terms of function). However when you pass the domain through a whois, The registrant is Index Corp. The last game in this Megaten sub-series, Persona 4, released in 2008. The Vita version, Persona 4 Golden, was released in late 2012.

The Persona team tested the waters of making games on HD consoles with Catherine, a puzzler that followed the exploits of Vincent and his fear of being unfaithful to his fiance. Following the successful release of Catherine, it was said that the team began work on the next Persona game, but not much was heard since.

END_OF_DOCUMENT_TOKEN_TO_BE_REPLACED 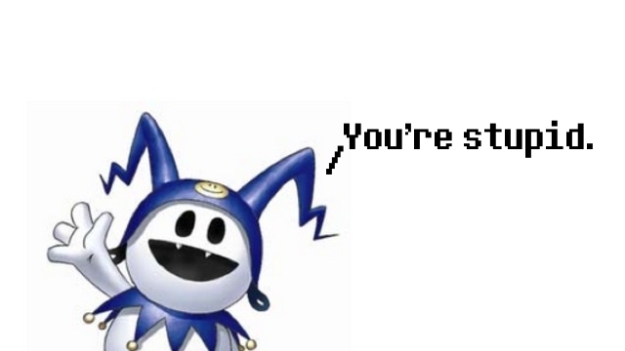 Let me start of by saying that that the game I chose is not a bad game. It’s actually a damn fine game. No knocks on quality here.

Anyway, around two weeks ago I decided to finally get a 3DS. My late arrival mirrored many who waited it out on getting a 3DS. The price for the system itself was simply too high for my liking, and I waited for a price drop. It happened, but I still wanted to see if something else was going to happen, namely a console redesign of some kind. I’ve been burned before by launch units and I didn’t want to get shafted again.

END_OF_DOCUMENT_TOKEN_TO_BE_REPLACED

Woah. Um, ….woah. Did not see this coming at all. During a Wii U centered Nintendo Direct this morning, Nintendo President Satoru Iwata announced that Nintendo and Atlus were collaborating on a game. The trailer commenced with Shin Megami Tensei characters appearing on-screen. Looked normal. And then BAM, Fire Emblem characters! Now I’m very curious as to what exactly these two sides will bring to the table. Both franchises had their roots in being once Japan-Only titles and being RPGs. What could be more different from the two is one being much darker than the other. The stories of Shin Megami Tensei tend to deal with existential dilemmas, religion, and cast God as one big douchebag. Fire Emblem‘s plot varies from game to game, sometimes deals with a power struggle between kingdoms and a search for the titular Fire Emblem. And there’s also the game’s perma-death feature. Wonder if that’ll make it into this game.

One aspect I’m really curious about is the juxtaposition of the music from both franchises. Fire Emblem‘s music is known to have beautiful, sweeping orchestral arrangements, sometimes delving into more pounding rock-like compositions. SMT‘s music on the other hand is really dark with hard guitar riffs, odd voices (sometimes), and some pretty unnerving arrangements. You can even hear the difference in the trailer itself with the SMT characters being shown, followed by the Fire Emblem characters with their theme.
Gotta say, I’m pretty hyped!