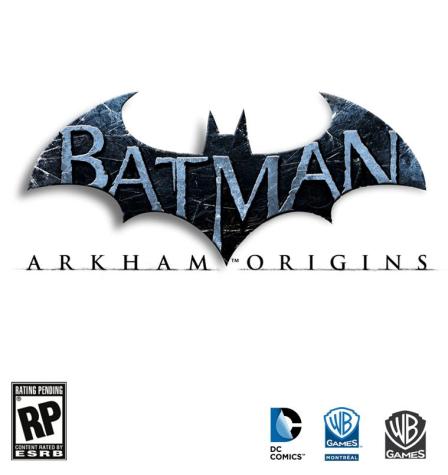 Find out the REAL story behind Big Boss and the founding of…whoa, wait, wrong series…

In a move that will surprise no one with a basic knowledge of series-milking, Warner Bros. announced the development of Arkham Origins, the latest in the critically and fanbase beloved “Arkham” series of Batman videogames. Precious little information is available at the moment, other than the fact that it will take place before either of the other games, starring a younger, more inexperienced Batman just arrived in the city and on the lookout for love and meaning in his life after the accident.

I may be lying about that last part, but it is totally a prequel.

END_OF_DOCUMENT_TOKEN_TO_BE_REPLACED 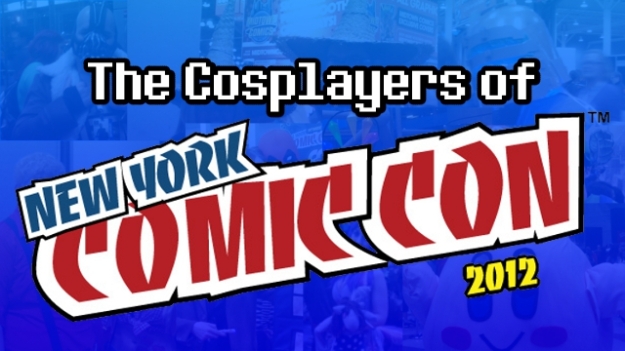 One thing you can expect when going to a convention is cosplayers. Lots of ’em. There’s some good ones, and some bad ones. But at The Wired Fish, only the best get their pictures taken and shown. Like last year, this was joint effort between TWF staff members. So sit back and check out some of the awesome cosplay pics. They’ve also been named for your convenience. [Update] More photos added at the end. All characters identified! Thanks Lewis and Val.

END_OF_DOCUMENT_TOKEN_TO_BE_REPLACED 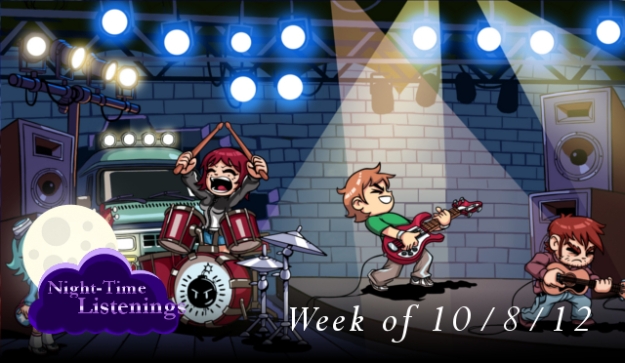 Today was the second day of New York Comic-Con, and we wrapped of Comics Week yesterday. We kicked it off with some Maximum Carnage. Then we tagged in Captain America with Marvel vs. Capcom. We died a lot to the rockin’ tunes of Silver Surfer. We punched fools in the face with Batman on the NES. And finally, we punched more fools in the face to the tunes of Scott Pilgrim vs. The World.

END_OF_DOCUMENT_TOKEN_TO_BE_REPLACED 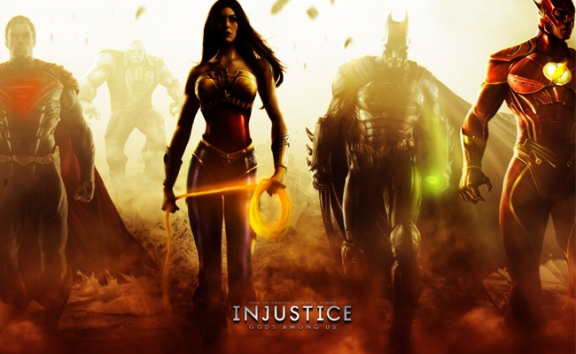 Normally I don’t pay interest to fighting games but a new title caught my eye, most notably due to my hype for the upcoming Batman film.  Recent footage has been revealed of Injustice: Gods Among Us, a new fighting game announced in May 2012.  Developed and published by NetherRealm Studios and WB Games, the former which developed Mortal Kombat 9.  The game takes place in the DC comic universe involving both heroes and villains such as Superman and Solomon Grundy respectively. The developer’s walkthroughs (included below) I will be referencing showcases fights between Superman Vs The Flash and Batman Vs. Solomon Grundy.

END_OF_DOCUMENT_TOKEN_TO_BE_REPLACED

They are the Gods among men

According to Variety, it is rumored Rocksteady Studios has decided instead of making a sequel to the critically acclaimed and fan praised game Batman: Arkham City, they will make a prequel game inspired by the Silver Age Batman comics. Variety then reports that it seems likely Warner Bros. are going to use the characters Superman, Batman, Green Lantern, Flash and Wonder Woman in the new game.

The new game will be set during the time when Batman and the Joker first met. So by being inspired by the Silver Age comics Batman, it allows Rocksteady to bring in the Justice League because it was around this time Batman partnered up with other heroes and helped form the Justice League. There is no news if Kevin Conroy or Mark Hamill are going to come back to play their roles as Batman and the Joker respectively.

As a big DC fan this is incredible news and just makes me do a jitter dance all over. We all know that Warner Bros. wants to make a Justice League movie to compete with the success of The Avengers movie that released earlier this year, but Warner Bros. is taking a step further. They are hard at work making up concepts and scripts for individual movies for members of the Justice League but it seems that is not enough for Warner Bros. They are going into games, t.v shows, and of coarse comics to promote the Justice League. It seems this train is starting to pick up steam and I am jumping on this locomotion. 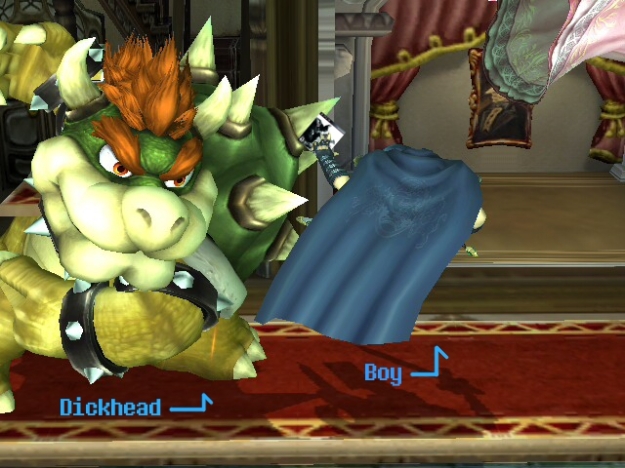 Ah Black Friday, A day when the ugliest of human nature shines through, all in the name of great deals and low prices. Take for instance what occurred last Thursday night at a Naperville Wal-Mart when a 13-year-old boy tried to snag a copy of Batman: Arkham City (I’ll go with Kotaku in this case and sit it was). A man was there saying that he was going to push and shove people who got in his way to get Arkham City. When the boy got the copy, the man slugged him in the face. The boy wasn’t seriously injured. But the man ran away like the huge dick that he is. He’s still on the run. 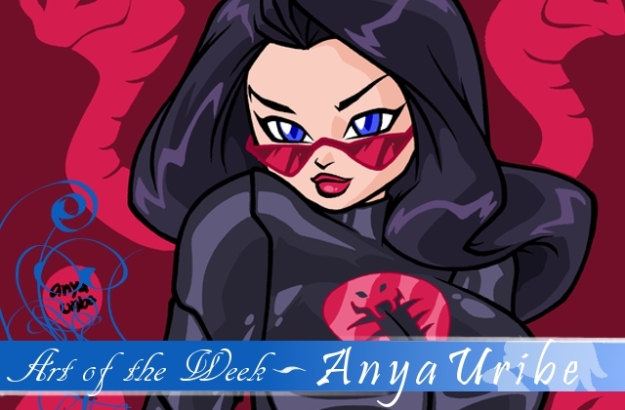 For this second feature, we take a look at an artist who goes by AnyaUribe (formerly known as ASSESINA). Her main base of operations being on deviantART, she sports a bright comic artstyle with a tinge of anime. The subject matter she covers ranges from fighting games such as Street Fighter and Darkstalkers, to comics like Batman, and cartoons like Who Framed Roger Rabbit? (the toon side) and G.I. Joe, and then some. With this bright style, nothing is taken too seriously with the subject matter of the art, a good thing when compared to most other artists on deviantART. Things are consistently playful. Rather than trying to match the artstyle of the source material, she draws characters (mostly female) in a different, albeit curvy, style. The cool thing about Anya is the she has the original linearts of her work available for anyone to color (as long as credit is given). From my own experience in coloring her lineart (here and here nsfw), her lines are easy to manage and quite fun to work with. You can catch her art gallery over at deviantART.

Art below after the jump.